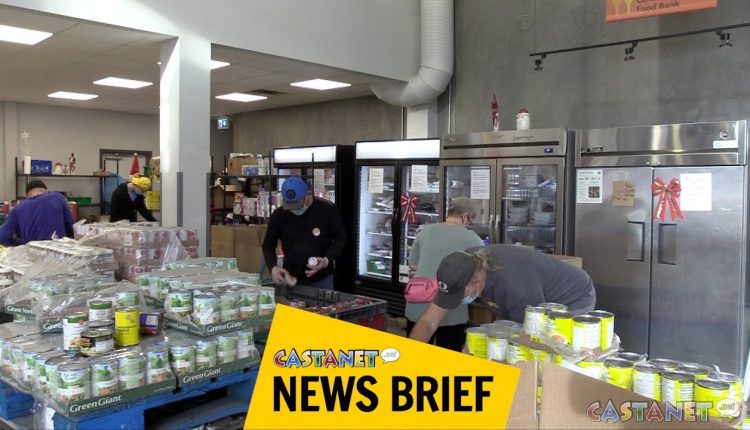 The Central Okanagan Food Bank has launched its Be an Angel campaign, with a goal of providing Christmas hampers to those in need by collecting donations online.

“Our goal is to provide Christmas hampers for 2,200 households, and the need is of course great this year. We’re anticipating a 19 per cent increase based on registrations, so the Be an Angel campaign is so important,” Moss expressed.

Moss said flood victims are still being sent to Kelowna and continue to access the food bank, and likely will throughout the holiday season, so any help in donations is greatly appreciated.

“Even this past week, we just had 35 families that have been displaced in Merritt that are staying in Kelowna that use the food bank to access their flood hampers,” explained Moss. “Any help would just be so appreciated.”

The food bank was also impacted by the supply chain disruption, but he’s just thankful for the support of the community and how they rallied to support those in need during the uncertain times.

“We do a food recovery program where we partner with 15 retail grocery stores, and we take their vegetables and we distribute that to the clients, so over the last week or so it’s definitely been disrupted. Some of our trucks came back empty, but it is starting to come back,” said Moss. “ We’re very thankful for all the people and corporations that are donating.”

The Tom Budd Foundation is also donating an additional 25 per cent of all funds raised again this year.

Donations will be accepted on the food bank’s website from December 1 until December 31, or in person at the food bank’s Kelowna office. Moss also added that if you can’t make a donation this year, they are always looking for volunteers to help organize the hampers.