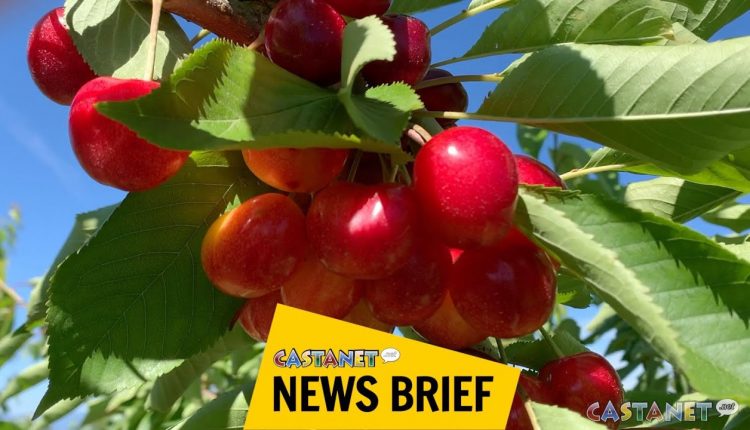 Cherry season is upon us in the Central Okanagan.

At Kempf Orchards in Kelowna, owner Herb Kempf says he is having a hard time keeping up with the demand.

Kempf says the season was delayed by about two weeks due to the cooler-than-normal spring.

“Very busy, yes,” he said. “Huge demand and we have heard that Washington State and Oregon have no fruit either, so the demand is just massive.”

“Washington State got hit with the cold spring even worse than us. They had a cold spring with five inches of snow on trees that were in full bloom, so there was hardly any pollination that took place,” said Sukhpaul Bal with the B.C. Cherry Growers Association.

Kempf says he has been growing cherries for 25 years. His farm is you-pick style, which he says is vital for the Okanagan community.

“A lot of the cherries that are grown here are going overseas. They are either going to China or I think Japan is a new market now, and they are looking at India and Korea so they can’t get a lot of the cherries and they are later varieties. So the people that are from here would get a lower grade of cherries. They are looking for fruit and they can’t find it anywhere,” Kempf said.

“Over the last 10 years or so there has been a gradual shift to more cherry planting throughout the valley. There is a mixture. There is definitely a market for people that have smaller operations to attract visitors now that we have got more tourists,” Bal added.

Bal says every year he has seen more and more foreign workers making their way to the Okanagan to help on orchards.

“We are just seeing our workers starting to arrive now. This group we are bringing in a large group from El Salvador which is the first that I am aware of in the Okanagan.”

Unbelievable Worth in Decrease Mission – For Sale in Kelowna