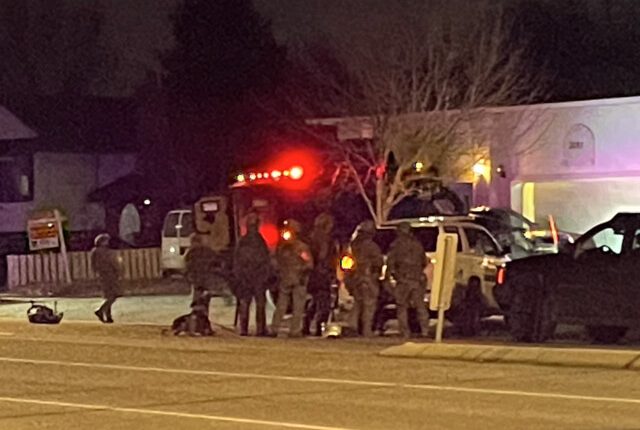 Police in standoff at home

Tactical officers set off a smoke bomb and broke windows into the house as they continued to demand those inside come out.

A neighbour told Castanet she was on her way home from work when an officer informed her she would not be able to get into her house until the standoff ends.

She said the house in question was being rented out by the owner. A for sale sign is posted out front of the property.

Traffic was still moving through in both directions on KLO Road, but Gordon was blocked between KLO and Raymer Ave.

Police have surrounded a home at the corner of Gordon Drive and KLO Road.

The RCMP’s tactical emergency response team is involved. Officers are crowded behind their vehicles while they use a loudspeaker to communicate with those inside the home.

Neighbourhood residents have turned out to view the scene.

The Kelowna RCMP have swarmed Gordon Drive and KLO Road.

Details are not available at this time, but officers appear to be surrounding a home in the area.

Several police cars and tactical officers are involved in the operation. Traffic is currently being diverted off Gordon at Raymer

Castanet has a reporter en route and will update. 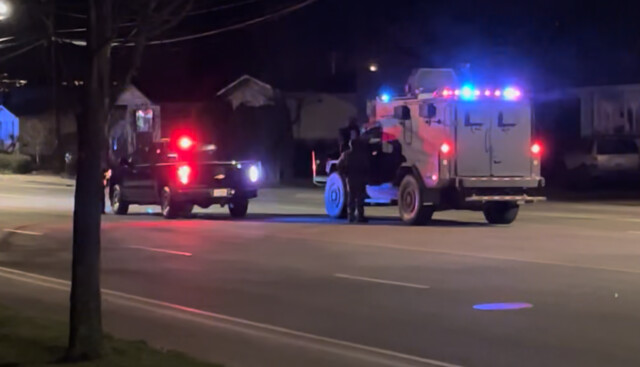