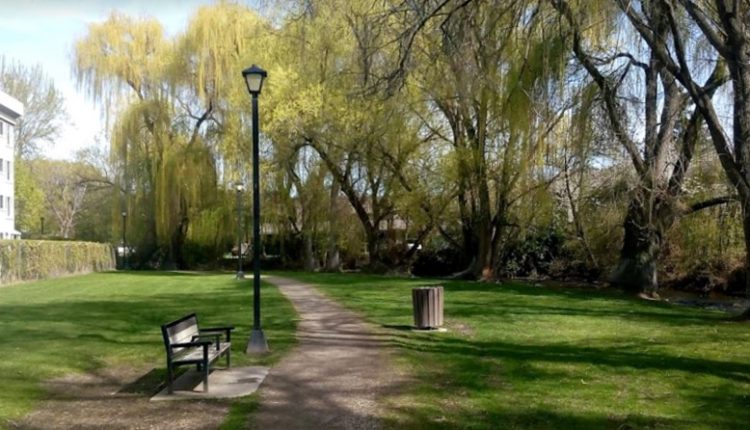 A report of outrageous sexual assault in central Kelowna is under investigation by the RCMP.

Police said the alleged sexual assault occurred at around 9 a.m. on Wednesday in Millbridge Park, which runs along Mill Creek near Gordon Drive and Springfield Road.

“A woman was walking in the park when she was approached from behind and sexually assaulted by an unknown man,” said an RCMP statement.

“The woman was able to fight back and defend herself against her attacker and fled the area to safety.”

Fortunately, while the incident was certainly traumatic, the woman did not suffer any physical injuries in the attack.

The suspect is described as a Caucasian man, around 35 years old and 1.65 m tall.

He had long, black, curly hair and a mole under his right eye, the police said.

At the time of the incident, he was wearing a black hoodie with the words “California” in white letters and a bear picture, black trousers and a red backpack with red mesh straps.

He has also been described as having a strong smell of cigarettes.

“The police are asking the public to be aware of this incident and to help with any information that can advance the investigation,” said Cst. Solana Paré.

“Our investigation teams are working very hard to identify and track down the man responsible for this sexual assault and ask anyone who has seen something or recognizes its description to contact the police.”

Investigators also hope to obtain dash cam footage from the Millbridge Park area, which extends from Ethel Street to Gordon Drive and Sutherland Avenue to Springfield Road, between 8:30 a.m. and 9:15 a.m. on Wednesday.

Anyone with information about this crime is urged to contact the Kelowna RCMP at 250-762-3300.