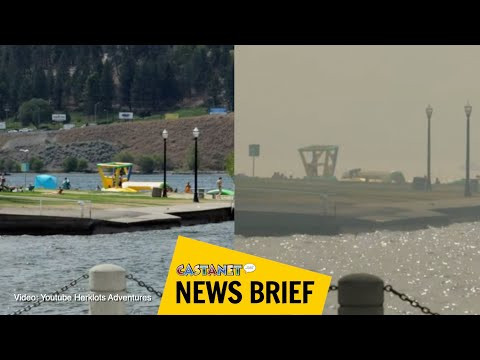 A new Kelowna resident captured a video that shows the stark contrast between Kelowna’s smoky and clear skies.

Samuel Herklots, says he was inspired to make the video after witnessing wildfire smoke for the first time.

“It was a unique experience seeing all the smoke because I am from the U.K. and we don’t really have wildfires. I was inspired after seeing a video of a before and after of a beach. I thought it was a cool concept and I wanted to apply it to Kelowna.”

The 22-year-old says he aspires to be a professional videographer.

“At the moment I am waiting for my work permit. Once I have that I would love to do this full time.”

Herklots says he was shocked when putting the video together.

“Once you have the smoke around for a few days you kind of forget that you should be able to see across the valley. Especially when you have those two shots one after the other it really emphasizes it.”