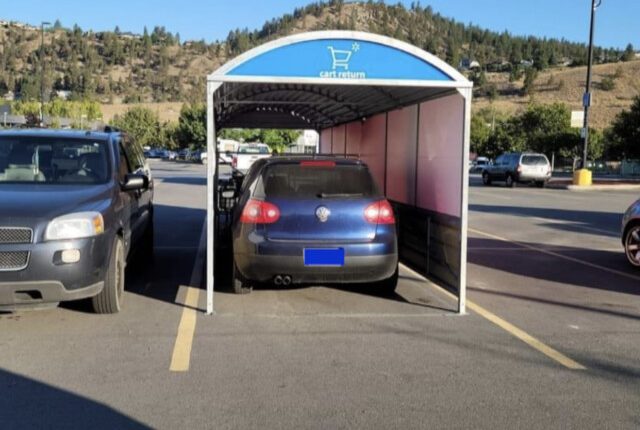 Kelowna resident Rich Moeller snapped a picture of an unusual parking job on his way out of Walmart Sunday morning.

Moeller tells Castanet he was headed out of the store at 7 a.m. and says there were a lot of parking spots available.

He shared his photo in a Facebook group called Shaming Drivers of the Okanagan with the caption ‘Wal-Mart has covered parking now’.

“I just had to take the pic and share it we all need a laugh,” he said.