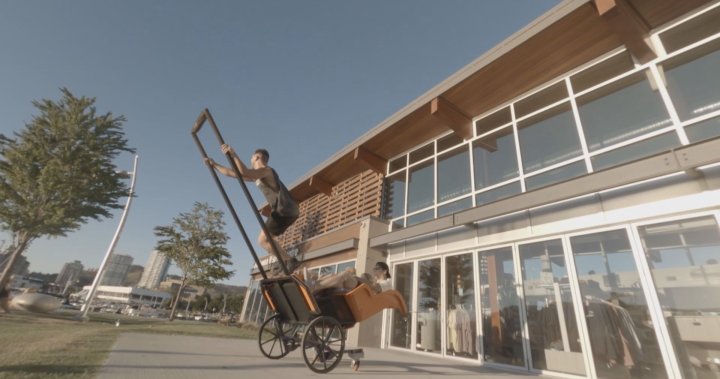 A Kelowna man who’s been in the rickshaw driving business since 2013 has recently expanded his fleet, after he noticed an increase in demand from tourists and locals alike.

Dan Power has been driving a rickshaw cart since he was 17 years old. The dream all started back in Halifax, Nova Scotia after seeing someone pulling people around behind a wooden cart. Power worked as a rickshaw driver in Halifax before started his own business in Kelowna in 2020, calling it ‘Power Rickshaw.’ For power and his passengers, it’s been relatively smooth riding ever since.

“I just love seeing so many people on the streets having fun and enjoying the Okanagan,” describes Power.

“We have locals coming out and enjoying themselves and we’re seeing them week after week, and then there’s people that come from out of town, and just trying to be the highlight of people’s experiences is what we’re here for.”

There were some bumps along the road. COVID-19 restrictions led to less tourism and that meant business slowed down, but now that restrictions have lifted, his business has not only bounced back, he’s expanded his fleet by adding a new team member and cart.

“Having Kevin as part of the team has been a huge help in keeping up with demand,” Power explains. “We’re back to having fun, people are out here enjoying themselves, there are way more tourists, the bars being open late again, it’s just been huge for my business.”

The newest addition to the Power Rickshaw team is Kevin Ferreira. While he doesn’t have any previous experience pulling people around in a rickshaw, he says the new job experience has been priceless and he’s been learning along the way.

“I would say this is more than a job, it’s like a lifestyle because it’s not like about the money you make, it’s the experiences you have like the conversations you get out of there,” Ferreira reveals. “You can be yourself with the clients and the people.”

As you might expect, pulling people around all day is physically demanding, which was a big eye-opener for Ferreira.

“Honestly, I’ve never been in this good shape before, it changed my whole body,” said Ferreira.

Hiring is tough — especially for employers looking for bilingual talent. Here’s why

“You really have to push yourself through and sometimes you just need to go further, and I think that’s what makes this job a challenge but still keeps it fun.”

Those who caught a ride with Power and Ferreira on Saturday had nothing but good things to say about the growing business.

“I feel like it’s a great way to go up and down Bernard and people-watch and see everything Kelowna has to offer,” said Jade Gaudet.

Power added that he plans to continue growing the business.