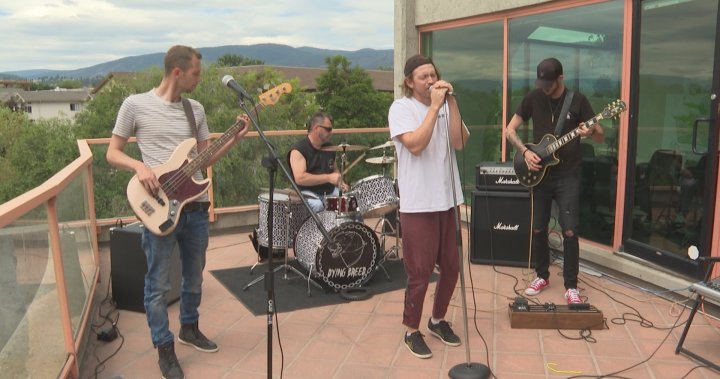 The upcoming release follows its one year anniversary.

Over the year, they made the most of their pandemic downtime and rolled out song after song since they came out with their badass debut EP Unchained.

“I came to the band with a riff and it was like Rory [Ormiston] Words pulled out of my mouth, it was just so cool, ”Nevens said.

“The song has kind of an overarching one [theme of] Overcoming things, be it drugs or a breakup, it’s about getting out of your skin and letting go, ”said Ormiston, lead singer.

“Now they’ve rounded off their sound with a new face – Jamie Spencer on bass.

“If Jamie gets on board and Rory drops the bass, we have a lot more things opened up to stack on top of each other,” Nevens said.

“[Nevens] started playing this riff and it felt so, almost like a western vibe, [and we could visualize] This cowboy rides nice and slow, ”said Spencer.

The Kelowna Garden Project grows food for children in need

“The level of our songs has evolved from the very beginning, the way he writes really brings out the flow of the song,” Ormiston said.

Now that the provincial health regulations are being relaxed, one of the valley’s busiest bands is ready to take the stage.

“We practice every week from 10 a.m. to 5 p.m.,” says Stephan Gilbert, drummer. “We definitely take our time.”

Coming Alive will be released on June 27th. To follow the band and hear more of their music, visit their website www.dyingbreed.ca.