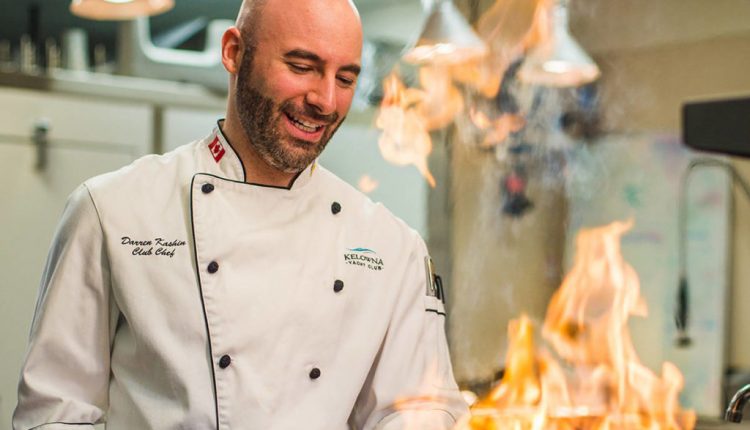 As a former executive chef of the Kelowna Yacht Club and former general manager at La Lupita, Darren Kashin brings his expertise to help other chefs develop their skills at Craft Beer Market.

Darren Kashin is the executive sous chef at Craft and says his peers’ development is a major driver.

“My most impactful thing has been the development of the team. So my major focus is in a world where you can’t find any cooks, I make them,” he said.

His passion to be the best is what encourages him to teach others.

“When I was younger, in my early 20s, I wanted to be the best at everything, and that doesn’t go away, but what inspires me is making other people the best,” he said. “If people are better by being around me, like being able to handle a situation, or make a new dish or (perfect) a new technique, every day they’re getting better and I like being a part of that.”

Kashin’s latest challenging is working with a new chefs, 40 per cent of whom have never cooked before.

The goal is not to get overwhelmed, he said.

“You have to roll with the punches, it’s really important to have a clean environment, so you’re not making a mess, and keeping a level head about it,” he said.

He tests his staff with Taco Tuesdays.

“I literally call it the day of 1,000 tacos because you’re literally standing there making a 1,000 tacos and that’s where we test a lot of the cooks who are doing better because it’s the easiest station and it’s the busiest,” he said.

“We’ll have a full (order) screen and it’ll literally crash because there are so many tacos.”

Using ingredients from the Food Bank, Kashin has yet to decide what to make for the Fork and Spoon fundraiser, but calls supporting the local community “fulfilling.”

“I honestly have no idea because I don’t know what to expect. But it’ll be a good day,” he said.

Kashin doesn’t have a favourite dish, but enjoys smoking and curing meats.

“I’ve literally smoked everything,” he said.

“You do our briskets, your pork bellies and all that stuff as well,” he said. “I like trying new things, seeing if they work or not. So that’s where I’m at with that.”

The Fork and Spoon Fundraiser will feature nine chefs from the Okanagan who are creating dishes using ingredients from the Central Okanagan Food Bank in Kelowna. Tickets are $250 and all proceeds will be donated to the food bank.