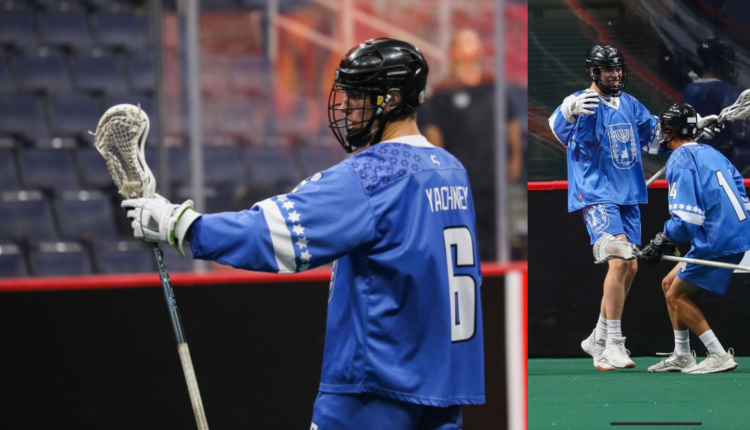 With the 1-1 record, Israel advanced to the quarterfinals to take on Australia. The game was an offensive clinic from the two Kelowna locals, who combined for 15 points (five goals, 10 assists) in the dominant 23-11 victory.

After scoring an average of just under 16 goals a game, the offense finally abandoned Israel in the bronze-medal match against the USA.

Finding the back of the net just three times, USA ran away with the 15-3 victory and the bronze.

In the final, Canada claimed its third straight championship with a 16-9 win over the Haudenosaunee.

Despite the lackluster ending to the tournament for the team, Yachney and Charlton were top three in team scoring throughout. Yachney finished with 25 points in five total games, while Charlton had 15.

Next up for the ‘Twin Towers’ is a journey to Port Coquitam to join the Kelowna Raiders, as they battle for the Alcan Cup.

The Alcan Cup is the championship for the winners of the Senior C BC Lacrosse Championships, which is taking place Thursday, Aug 18 to Sunday, Aug 21.

The Raiders booked their spot in the tournament when they defeated the Kamloops Rattlers in the Okanagan final last month.

Yachney and Charlton both played sparingly for the Raiders, but the four-day tournament is sure to be chock full of competitive battles.

Raiders begin the tournament with a game against the North Shore Indians on Friday.