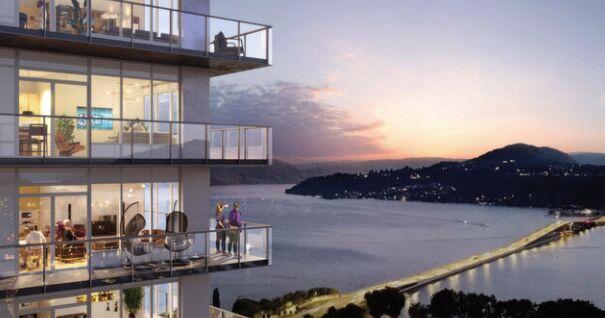 Kelowna has a higher percentage of millennials among its downtown population than some much larger Canadian cities and every other BC community except Vancouver.

Millennials – who were born between 1981 and 1996 – account for 33% of downtown Kelowna residents, newly released information from the 2021 census shows.

And it’s significantly higher than other BC cities such as Kamloops, Nanaimo, Chilliwack, and Abbotsford-Mission, where less than one-quarter of downtown residents are between the ages of 25 and 40.

Kelowna’s downtown is almost as young as Vancouver’s, where 36% of central core residents are millennials.

“They want a life that’s less car-dependent, that’s closer to work, and where they can also easily walk to attractions like beaches, restaurants, and nightlife,” Smith said.

Calgary has the country’s highest share of millennials among its downtown population, at 50%, Statistics Canada reports. Halifax, Toronto, and Edmonton round out the top four.

Millennials are the country’s fastest-growing population, accounting for 7.9 million people among Canada’s population of 38.2 million. They will outnumber baby boomers, those born between 1946 and 1965, by 2029, Statistics Canada projects.

Between 2016 and 2021, the number of baby boomers – now between the ages of 56 and 75 – in Canada fell three percent, because of increased mortality, Statscan says.

In Kelowna, baby boomers account for one-quarter of downtown residents, which is equal to the national average for downtown areas.

“I thought that percentage would be less,” Smith said. “When you think of baby boomers moving to Kelowna, everybody seems to want to live on the hill with a view of the lake. But a lot of them clearly also want to live downtown, with all its amenities.”

“They might be more drawn to the arts and cultural amenities than the millennials. But together, these are two very big population groups that can co-exist down there and use all the downtown facilities differently and keep them active and vibrant. I think this is a big win for Kelowna,” Smith said.

Greater Kelowna is not only the fastest-growing city in Canada, with a 14% population increase to 222,000 people in the past five years, but it has the third-fastest growing downtown. There are now 16,605 people living downtown, compared to 13,415 in 2016, a growth rate of 24%.

Construction of high-rises, mid-rises and four-plexus in downtown Kelowna account for most of the population growth, Smith said. Between 3,500 and 4,000 more housing units for downtown Kelowna are in the permitting process.

The city also aims to attract more young families to downtown, as well as lay the groundwork for more seniors’ housing with the continued wave of late-stage boomers moving into retirement, Smith said.

“But the reality of family living is that a lot of families don’t buy into that downtown lifestyle in North America,” Smith said. “You don’t usually get that front door on the street and the backyard to walk into, which is what a lot of families are looking for, so it’s going to be a long-term transition there.”