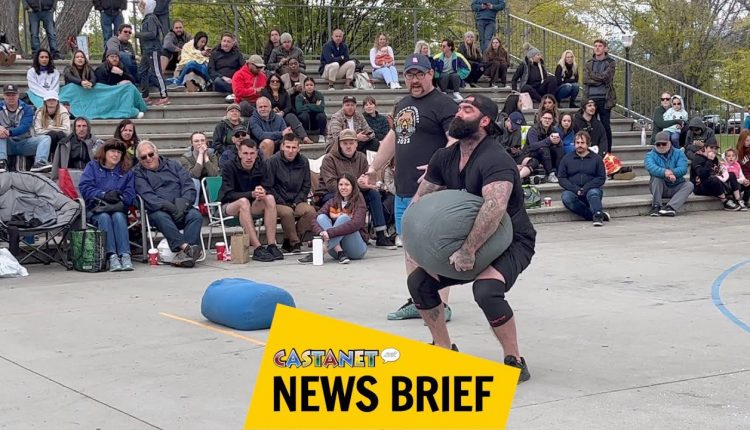 This weekend marked the first-ever strongman strongwoman competition in Kelowna, where hundreds of spectators showed up to City Park to cheer on the biggest and strongest competitors fighting for a spot to qualify for the provincial championship.

Hans Fuhrmann, last year’s provincial strongman champion for his weight category, organised the event with the intention of shining a spotlight on some of the province’s fiercest weightlifters, and he’s thrilled about the turnout.

“The turnout has been amazing, I mean you take a look and the crowd is just amazing. They’re sticking around, it’s going great, the sun is starting to come out, I’m over the moon,” explained Fuhrmann.

The competition was loaded with five strongman events, including the log lift, farmers carry, sandbag medley, stone to shoulder and the truck deadlift. None of which competitor Tyson Delay was afraid of.

“I’m having a killer time, there’s a lot of great events, fantastic crowd. People of Kelowna, thanks for coming out and watching, we love the energy,” said Delay. “ It’s so much fun today, we’ve got some great strongman events. We’re lifting farmer’s walks, deadlifting cars, lifting huge stones and cars, it’s a great time.”

Everyone involved was very impressed with the overall turnout, and the competition is already chomping at the bit to get back to Kelowna’s event next year.

“I’m super pumped for Hans. He came out last year and won BC’s strongest man for his weight class. He did a fantastic job, he beat my butt which is impressive. He’s an incredible athlete, he’s very gifted and he’s a great organiser. This is a heck of a competition and I’m looking forward to the next one,” said Delay.

Kelowna’s first strongman strongwoman competition had several heavy lifters qualify for the provincial stage, while a select few advanced to Nationals. Both competitions will take place later this year.

Movala: Kelowna’s most walkable beachside neighborhood is ready to launch its ultimate constructing this spring