A downtown Kelowna restaurant forced to close last week due to its refusal to comply with the vaccine passport program is now up for sale.

Renegade Kitchen & Craft Bar on Leon Avenue battled with Interior Health for weeks over its refusal to check vaccine passports. Notices taped to the front door on Friday indicate weeks of back and forth between current owners Meghan Carr and Shaun Sanders and IH health officers.

The restaurant’s owners made it clear early on they were not going to comply with the new vaccine regulations and were forced to close their doors and having its liquor license suspended.

Now less than week later, the restaurant and all its contents are for sale.

The listing indicates the business at 467 Leon Avenue is for sale for $150,000 and is described as a, “turnkey, fully renovated and clean restaurant. Great street exposure in downtown Kelowna and some visibility from Highway 97. Sale includes all of the assets including furniture, fixtures and kitchen equipment of this restaurant. Restaurant seats 50 people. 2 washrooms and an office.”

Castanet contacted the listing Realty company, Royal LePage and they confirmed the commercial property is for sale. The listing indicates, “lease rates are incredible and almost unheard of in the downtown core. Currently 2 years and 8+ months left on the lease with a 5-year tenant option after that.”

The owners of Renegade Kitchen couldn’t be reached for comment by phone and their website indicates they are, “temporarily closed. Stay tuned!”

“You and Renegade Kitchen & Craft Bar have indicated that you do not comply to the Provincial Food and Liquor Servicing Premise Order and are not verifying proof of vaccination,” the order posted on the restaurant’s door says.

The notice dated October 7, indicates the closure will remain in place until the restaurant complies with provincial health orders.

“You are contributing to the potential transmission of COVID-19 in a place, which constitutes a health hazard under the Public Health Act,” the order said. 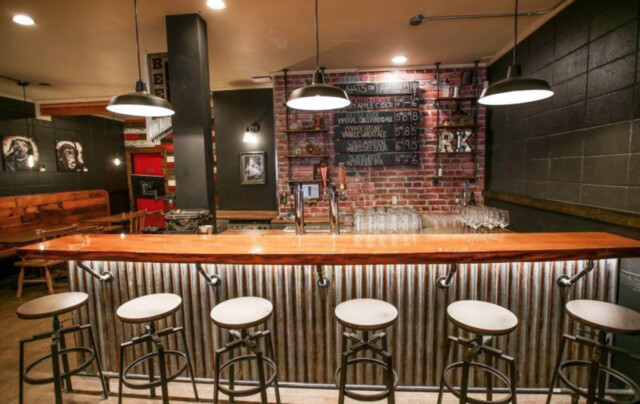