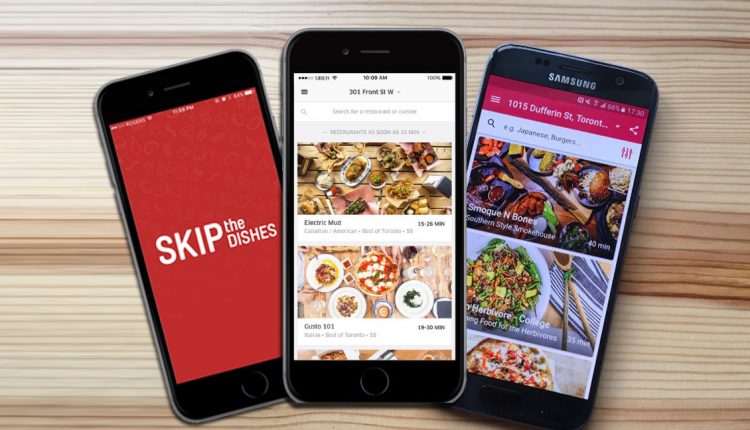 KELOWNA (NEWS 1130) —  After a union based in New Westminster said it had written letters to multiple cities asking for designated, short-term parking for food app delivery drivers, one municipality says it’s been doing just that for over a year.

Kelowna established the parking spaces in March of 2020, because it had noticed a dip in the use of paid parking as people chose to stay home thanks to COVID-19. Dave Duncan is the Manager of Parking Services and says it’s a move that has kept restaurants and drivers happy.

“When things really started to happen, and there were a lot of health orders put in place, we saw the significant decrease in demand for, especially, on-street parking in our pay parking areas. So we actually put a pause to pay parking, and we just enforced time limits. By doing that, you kind of lose the benefits of paid parking, which encourages turnover, so they can visit their destinations,” he tells NEWS 1130.

An update to a story @CityNewsVAN @NEWS1130 brought you yesterday: turns out 1 of the cities UFCW 1518 wrote to has short-term parking for food app drivers. I spoke w/Dave Duncan of @cityofkelowna this afternoon; he says the program has been good. BKG: https://t.co/yuDBLY9uK0

This meant the city was able to set up five-minute pick-up zones. Duncan says the municipality provided signs that the businesses could put out, and estimates the cost at less than $5,000.

“As businesses started to adjust, make changes, and put in barriers and establish procedures to operate safely, we saw demand start to increase again, we ended up reestablishing paid parking, but the decision was made that we would maintain these five-minute zones until everyone was fully functional again, and we were past this period,” he says.

The city plans to keep the initiative going until the pandemic ends, but Duncan recognizes how important it is to make sure the municipality is making adjustments for the shift in the way delivery work is being done.

Burnaby, New Westminster, and Vancouver have all received the union’s letter and said they are looking into whether anything needs to be done. The city of Vancouver said  that since thee delivery vehicles aren’t typically marked,  bylaw officers wouldn’t necessarily be able to tell whether vehicles are working for a delivery company, as the cars aren’t typically marked.

Duncan says this has sometimes been a challenge for Kelowna.

“I suspect [those municipalities] are talking about the future and the long-term. We know that these types of options are something that we’re going to need to do something more permanently about, because that’s where it gets complex. In the past we dealt with taxis; you know what a taxi looks like – they’re licenced, they have special permits on them, they’re well-decaled. Delivery companies, like UPS, they’ve got names on them, they’re very obvious. Now we’re getting into this ridesharing where you’ve got unmarked vehicles and some of them, even the condition of them, they wouldn’t look like a vehicle used for business.”

MORE: Dave Duncan says @cityofkelowna started the program in March 2020. Drivers w/apps or even the public can stop for 5 min. and p/up take-out. Signs were made by the city; Duncan says the move is temporary & is b/c of the #COVID19 pandemic.

Duncan says road and curb space in Kelowna is prime real estate, so it’s important to find a balance.

“We have tons of groups that feel that they should all have some sort of special privileges. As soon as you start to open that door, then you just don’t have any parking left. That’s why we have restrictions in the first place, is to generate that turnover and make sure there is space available, and there is constant pressure on it,” he says.

As for abuse, Duncan says people are pretty cooperative and there have been little to no issues around the temporary stops.

“What we found with the five minutes, and obviously we’re reasonable on the time, but it’s a short enough period of time that it really encourages these short stops. Someone’s not going to park there if they know they’re going to be 15 or 20 minutes, so it keeps them open for those who just need to run in and grab an order. And it’s easy enough for our staff to monitor and make sure it’s being used appropriately.”

Kelowna lady who fatally stabbed Eli Beauregard faces as much as 1.5 years in jail – The Golden Star