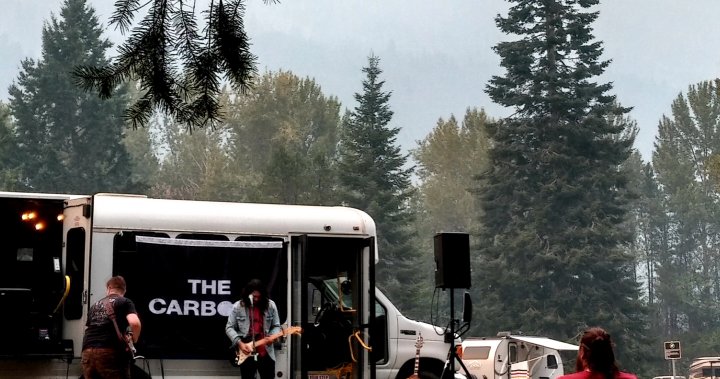 The Carbons roll through town in their new amusement ride, a traveling venue that is sure to bring live music back into our lives.

“We had this idea back in April. At first I didn’t want to tell anyone because it’s so crazy and I decided to tell as many people as possible because I wanted to be accountable and I wanted the project to actually move forward, ”said Tomy Thisdale, The Carbons.

Now the idea has become a reality – the band has invested in the bus and has big plans.

The band even named their traveling stage.

“When I explained to one of my friends … she said, ‘Oh my god, you should call the bus Carol because you come around and sing,’ and I thought, ‘that’s awesome,'” Thisdale said.

Now they roll up, open the doors and surprise neighbors and passers-by with a little rock’n’roll.

“Then we come up with our sign and the ramp and then you see a drum kit and suddenly Tomy has set up his microphone and guitar and suddenly people are watching and smiling.”

They are now fundraising for a major Canada tour and anyone hosting a show can write their name on the bus as they rock through province after province.