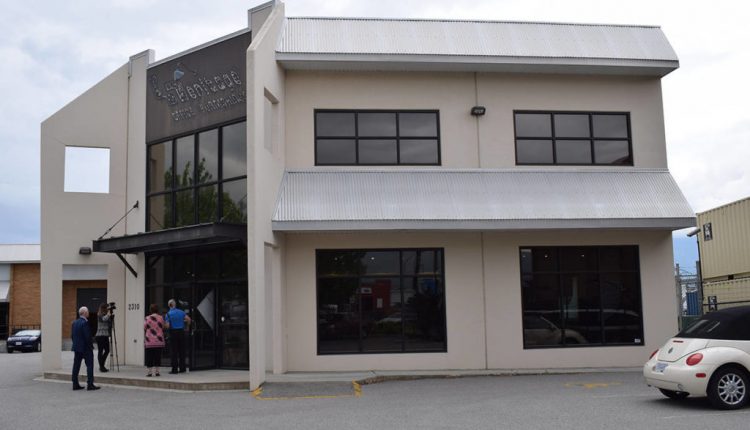 The new Central Okanagan Food Bank building in Kelowna is ready to open.

The building, on Enterprise Way, will replace the aging, cramped quarters the food bank now occupies downtown on Ellis Street.

The former office furniture warehouse and showroom has been renovated and turned into what local food bank officials say will be a state-of-the-art food collection, storage and distribution centre offering its clients a “grocery store-style” experience.

“This is an opportunity to do food banking differently,” said executive director Lenetta Parry when the announcement was made last summer that the 15,000-square-foot space—two thirds larger than the its existing Ellis Street location—had been bought for $3.45 million with money set aside for future property aquisition and bridge financing from an anonymous donor.

“There is an incredible storefront area, we envision more of a market space than a typical food bank,” added Parry.

In addition to a 23-stall parking lot, the new building has warehouse space with loading docks and very tall ceilings that will allow for storage of much more food than at the existing facility.

The new space will also help given that the Central Okanagan Food bank has been named one of four distribution hubs in B.C. for food shipments through the Food Banks of Canada national food sharing program.

Twice a month it receives large shipments of donated food—at times a big as 50,000 pounds—to be distributed to 25 smaller food banks throughout the Okanagan and Kootenays.

The opening of the new Central Okanagan Food Bank building in Kelownawill take place May 30 at 2310 Enterprise Way.