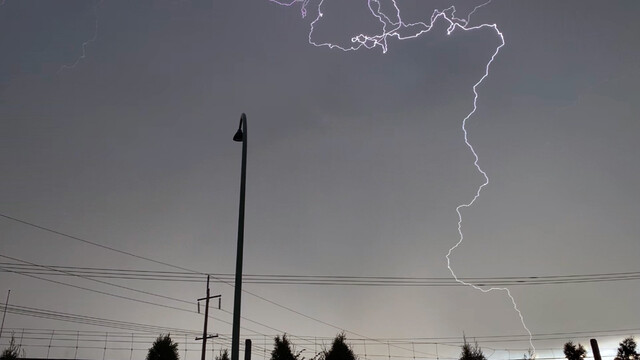 Power back for most

Power has been restored for all but a handful of FortisBC customers in Kelowna.

About a dozen people in East Kelowna and nearly 50 in Rutland remain without power, however Fortis says it expects the situation to be rectified before midnight.

Monday’s lightning storm is presumed to have caused to outage in East Kelowna. Power went out before 7 p.m., affecting more than 850 customers.

It could be late into the evening before power is restored to more than 850 FortisBC customers in East Kelowna.

According to the FortisBC website, power is not expected to be restored until sometime between 11 p.m. and 11:30 p.m.

Lightning is believed to have been responsible for knocking out the power sometime around 6:45 p.m.

In all, 867 customers in the McCulloch Road area are without power.

Another 50 customers in Rutland are also without power.

The exact cause and estimated time of restoration is not yet known.

Nearly 900 customers in the East Kelowna area have lost power.

It’s believed the electrical storm which rolled through the Central Okanagan early Monday evening is to blame.

According to FortisBC’s website, 863 customers in the McCulloch Road area lost power at around 6:45 p.m.

There’s no indication when power could be restored.

While crews deal with downed lines in East Kelowna, the Kelowna Fire Department is dealing with a gas leak in the Clifton Road area.

A gas line was apparently hit as well during the storm.

There’s no indication of the severity of the incident.

Councilor Jayson Zilkie not searching for re-election in West Kelowna