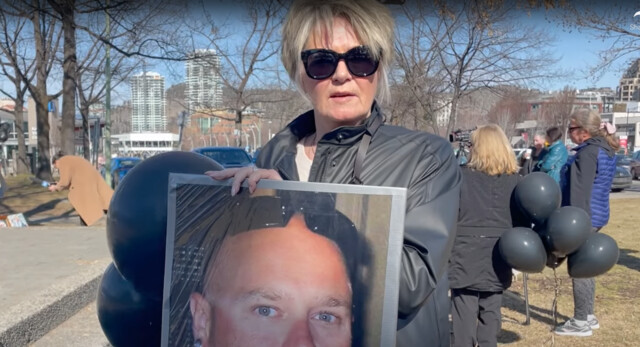 Moms Stop The Harm is preparing to mark the 6th anniversary of the provincial declaration of a public health emergency into substance-related harms in April 2016.

Since the declaration, more than 9,000 people have died of overdoses in British Columbia, and still, there is no guarantee of a safe supply.

Helen Jennens lost two sons and has been campaigning for change.

She says Moms Stop The Harm will be flying 1,000 black balloons from several locations in Kelowna on Thursday, April 14, including the Dayton Street pedestrian overpass near Parkinson Recreation Centre.

Moms will also be at 10 Starbucks locations, along with Interior Health peer workers to talk to the public about opioids and safe supply.

Jennens says Starbucks will give a free coffee to everyone who takes the time to listen and learn about the public health emergency.

“What does the state of emergency mean if we allow 9,000 people to die?” asks Jennens. “We’re still talking decriminalization and safe supply.”

She says the federal government has been asked to grant an exemption for B.C. to decriminalize small amounts of illicit drugs for personal use.

“It’s not as easy as standing on a street corner handing out diacetylmorphine. There’s a little bit of a process, but we’ve got to start the process,” she points out.