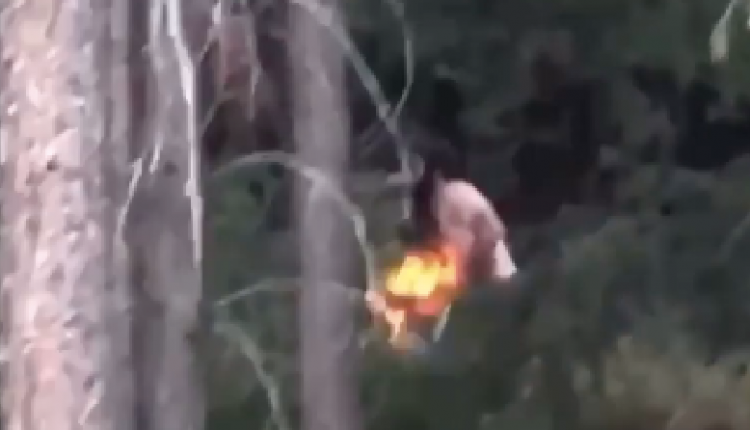 (UPDATE: July 12 @ 9:30 am): A man was arrested and possibly charged following an arson report in West Kelowna over the weekend.

Local residents told them they had just put out a fire on the hillside.

A video was later posted on Facebook allegedly showing a man apparently lighting a fire.

At around 9:30 pm on Saturday, a 36-year-old man from West Kelowna was arrested.

He was later released.

Police say an investigation is underway and the BC prosecutor is due to investigate the charges.

“This incident was extremely dangerous, and we commend members of the neighborhood for doing an excellent job of putting the fire out so quickly and moving the investigation forward,” said S / Sgt. Duncan Dixon.

“The conditions in this area are extremely dry and without your quick action this could possibly have turned into a significant fire.”

Anyone with information who has not yet spoken to the police is urged to call the West Kelowna RCMP at 250-768-2880.

(Original story: July 11th at 1pm): There was serious concern in West Kelowna on Saturday when a group of neighbors noticed a suspicious man walking in a forest in the Glenrosa area.

According to information in Kelowna Alert, the man tried to light some trees with a homemade torch.