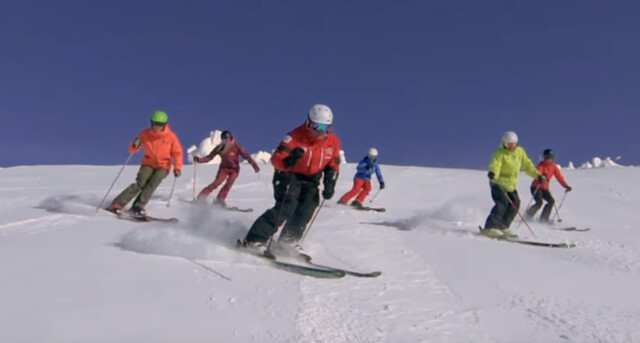 Big White Ski Resort says they are being forced to think outside the box to attract and retain employees.

Until now, the transient hospitality worker Big White relies on “can go anywhere” in the world.

“From the labor point of view, we’ve never been this aggressive in our history. If we needed 1,000 staff, we would normally get 6,000 applications. We’re not getting any.”

The resort has launched a recruiting video targeted at employees who want to live the ski lifestyle, especially if they’ve never skied. “You can learn that’s been a big push for us, and listening to who came and why they came. We’re telling real employee stories, it’s been in the market for 72 hours and it’s getting some good feedback,” Ballingall says.

Ballingall said they have also had boosted wages and subsidized housing to make the entire compensation package more attractive to prospective new employees.

“We’re subsidizing food and beverage you get a (free) ski pass so the package that we’re offering to an employee is very competitive with you know, with SilverStar, Sun Peaks, and the Kicking Horse brands.”

Ballingall says the federal government has helped by easing visa restrictions for workers, knocking the wait times down from 8-12 weeks to 2-4 weeks.

“That’s made a big difference. Kids applying online, they phone, we say get a visa, you got a job, you got a bed, get a visa, and they’ll be here next winter. So we’re starting to see that, but we built the video predominantly for Canada and Australia,” Ballingall says.

Big White is also partnering with recruiting companies in Australia and New Zealand who recruit for adventure tourism jobs, but Ballingall says right now the employees have all the choices.

“The money might be the same but the experience will be way different, so they get the pick of the crop and we tend to have to go searching and turning over a few more rocks. It’s pretty hard work, harder than it’s ever been. “