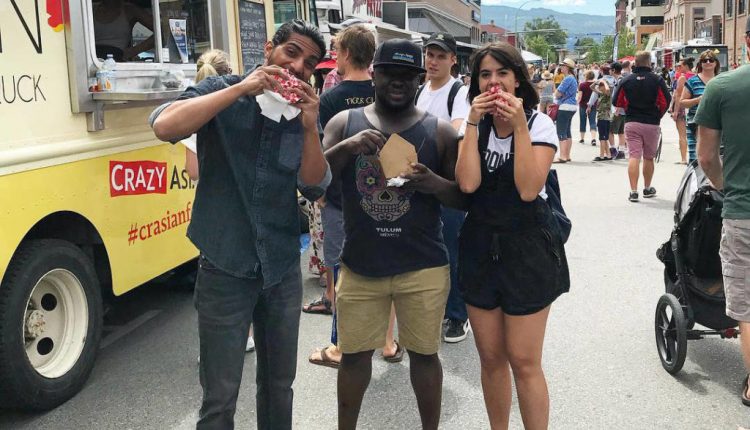 Running from May 15 to Sept. 15, downtown will open up City Park and Stuart Park for several food trucks, offering a wide variety of food.

City of Kelowna’s Tammy Abrahamson said three food trucks and one gelato truck–Ocanvan Crepes, Konz Pizza, Vietnam Village and Artisto Gelato–will take up residence over the summer and serve up the goods. She noted that the city tries to restrict the number of trucks that will operate in the parks, so as to not create unnecessary competition for the established year-round restaurants in the downtown.

“We’re quite sensitive to the number of restaurants that are downtown,” said Abrahamson. “Kelowna is different with how they do the vending.”

In other cities like Vancouver, food trucks get a permit from the city, and then each day they try and find the best spot in the city to open their doors to customers. In Kelowna, yearly contracts are given out, and if there’s an opening spot, companies will create a bid and then a Kelowna committee will review and decide which food truck is the best fit.

“I think there’s a sensitivity the trucks may cherry pick, and leave the bricks and mortars folk to clean up the mess,” she said. “We like ideas of adding quality street food while balancing the needs of the folks that are already downtown.”

READ MORE: New restaurant on The Rise in Okanagan