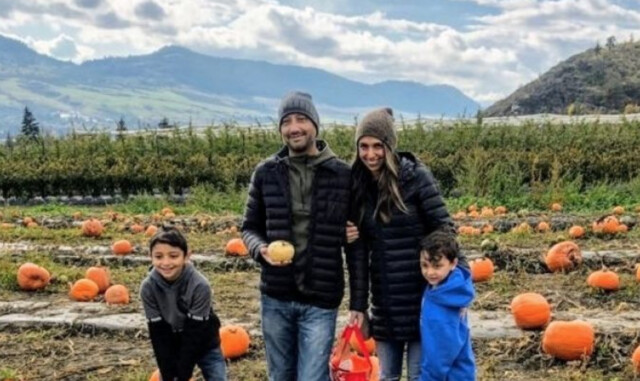 A Kelowna man is fighting for his life after his rare, life-threatening disease took a turn for the worst.

Clint Sampson has been diagnosed with Systemic Sclerosis, which he has been battling since 2019.

Sampson moved to the Okanagan with his family four years ago and according to the GoFundMe page, “the onset of symptoms has gradually worsened over the past two years. This progression has changed the initial diagnosis of Systemic Sclerosis to Diffuse Scleroderma.”

The potentially fatal autoimmune disease is characterized by widespread hardening of the skin and connective tissues. The disease also affects internal organs, resulting in gastrointestinal problems, severe kidney failure, and scarring in the lung tissue.

Sampson has chosen to undergo stem cell treatment, known as Myeloablative Autologous Hematopoietic Stem Cell Transplant (HSCT). A process that includes chemotherapy and total body radiation to destroy the bone marrow, followed by transplantation of his own blood-forming stem cells to reconstitute the bone marrow and rebuild his immune system.

Sampson has had to stop working during the treatment and the fundraiser, with a goal of $80,000, has already surpassed $33,000 as of Tuesday evening.

“As the sole provider for his family, this has increased the weight of their decision financially and emotionally. We are asking on his family’s behalf to donate within your means to provide some comfort in this time of hardship,” the GoFundMe said.

Era Z, Millennials are an enormous a part of the good resignation pattern – Kelowna Capital Information