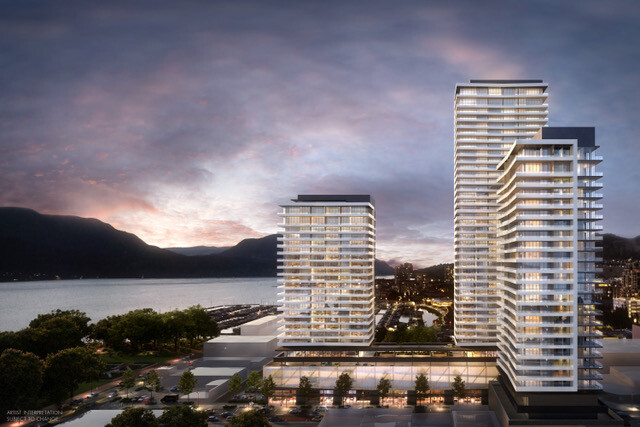 Orchard Park Properties has demonstrated yet again that the Kelowna property market is showing no signs of slowing with its second successful launch on Water Street with the park development. After the first tower hit the market in late July and all 144 available units sold out in less than 48 hours, 175 avid owners signed contracts with the second tower, The Eli at Water Street by the Park, on the launch weekend beginning August 26th .

Between those two releases, buyers from both the region and across Canada acquired more than 300 units priced between $ 300,000 and $ 1,600,000, resulting in a huge influx into the downtown Kelowna economy and tremendous sales for Water Street ran through the park that made national headlines.

“It’s been a huge success in every way, and we’re still working on getting a lot of assignments for The Eli,” said Chad MacTavish, ACE Project Management’s sales director, who is responsible for development. “With over 11,000 people registered on the project, we knew we were successful, but how quickly buyers secured these properties once they were available shows how developers Anthony Beyrouti and Apriano Meola really achieved just that.” Product that what people want in Kelowna right now and how strong the market is. With over 300 homes sold, it is easy to see how much people want to live and invest in Kelowna, and The Eli is aiming to sell out faster than we expected. “

While Kelowna life is very attractive to Canadians, Water Street by the Park has certainly improved the condominium lifestyle choices in the city. As part of a three building complex in downtown Kelowna adjacent to Kelowna City Park, The Eli will be the tallest tower between Vancouver and Calgary, offering excellent views of the lake, city and valley and becoming a landmark on the Kelowna skyline . Orchard Park Properties has put together an impressive package of amenities that residents can enjoy year round, including a heated pool, hot tubs, communal green spaces with outdoor dining and entertainment areas, a co-work center, a fully equipped gym, a screening room, Golf simulator, putting green and more – all in one place with a practical 95 walk score and 98 bike score.

If there were any questions about the slowdown in Kelowna’s booming real estate market, the overwhelming success of selling more than 300 homes and counting during two fast-paced launches on Water Street by the Park should reaffirm that the city is showing no signs of slowing down especially in the city center. As for The Eli on Water Street by the Park, there are still homes in the 340-unit tower available starting at mid-$ 400,000, but buyers will have to move as soon as the market goes.

“We’re still there with contracts around the clock,” says MacTavish. “We had a lot of buyers who didn’t buy in time to get to Tower One and we were disappointed. That’s why we try to make sure people get their preferred homes at Eli as soon as possible. We really had to make sure people understood that this is not a “we have time” project. It’s a ‘buy now or go’ development. “

Those looking to secure a home in Kelowna’s tallest tower can make an appointment at www.waterstbythepark.com or contact them [email protected] or 250-763-7275 for immediate assistance while units are still available at The Eli at Water Street by the Park. Further announcements regarding the start of Tower Three in development are expected this fall.

This article was written by or on behalf of the sponsoring client and does not necessarily reflect the views of Castanet.