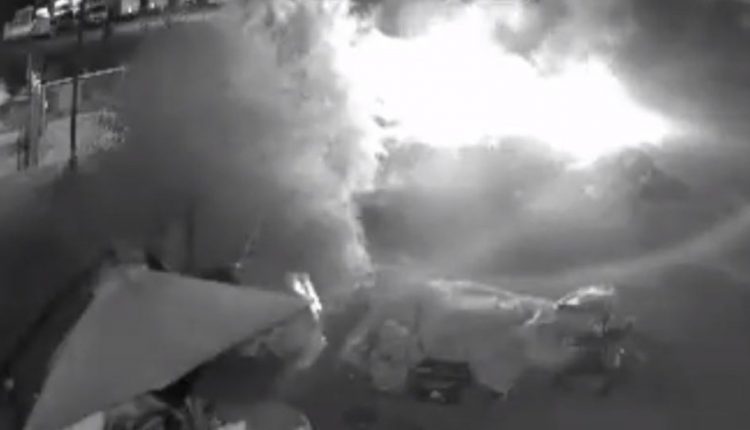 The Kelowna RCMP said a quick response from emergency crews prevented a “potentially catastrophic situation” at the homeless camp off the Okanagan Rail Trail this morning.

Police officers and firefighters rushed to the scene near Wendell Place at Crowley Avenue around 6:30 am after an occupied tent went up in flames.

The fire was quickly extinguished and the first responders were able to get the occupant out of the tent before they sustained any injuries.

According to the RCMP, the quick response likely saved others who were sleeping nearby when the fire broke out.

Police say a fast response from emergency crews prevented a “potentially catastrophic situation” after an occupied tent in Kelowna’s homeless camp went up in flames early this morning. pic.twitter.com/mkEvfuFh87

“This of course makes us extremely concerned for the well-being of the people in these encampments.”

The Kelowna RCMP and bylaw officers will be working with the city’s homeless population to find alternate means to keep them warm.

That includes finding placement in local shelters for the winter months or providing warm sleeping bags to those forced to sleep outside.