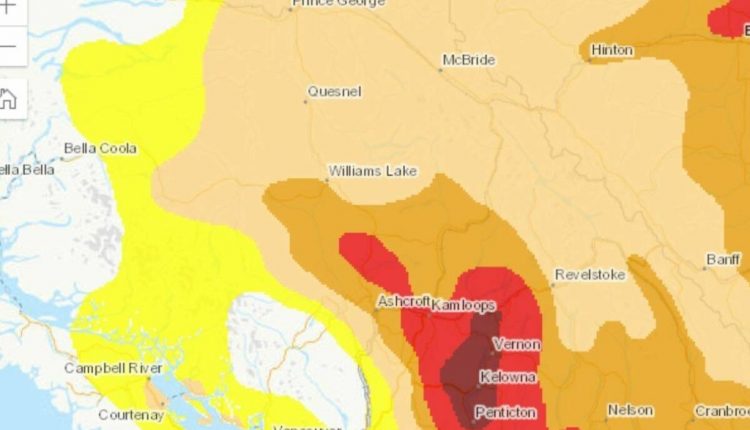 Drought conditions persist for most of the Okanagan despite rainfall last month.

Agriculture Canada’s most recent drought monitor report said ample precipitation in September was not enough to offset precipitation deficits from earlier in the growing season for many regions across B.C.

The central Interior continued to receive below-normal precipitation, particularly in areas around Kelowna, Kamloops, Penticton, Vernon and Cranbrook. These areas received between 60 to 75 per cent of normal September rainfall, and extreme drought and exceptional drought conditions have expanded slightly since the previous report.

Meanwhile, the province said that drought conditions have eased in early October. The province ranks drought levels on a scale from 0 to 5 and is separate from the federal evaluation. The entire Okanagan valley is experiencing level 3 drought conditions. However, Salmon River remains at a level 5 drought and adverse impacts are “almost certain.”