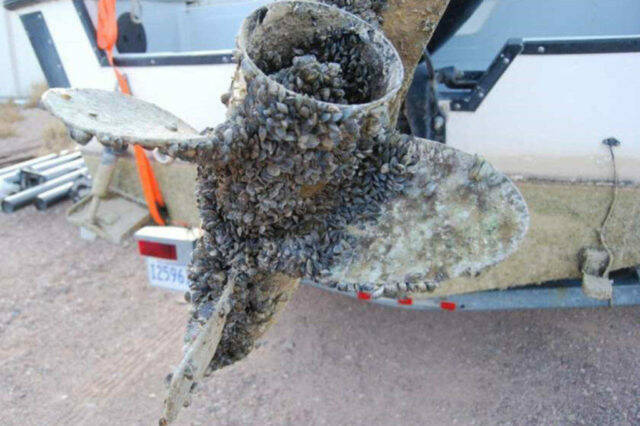 The Okanagan Basin Water Board is asking the province to invest millions in three water stewardship projects for the 2023-24 budget.

And Anna Warwick Sears, executive director of the OBWB, says to not make that investment now will only cost millions of dollars more in the future.

Warwick Sears recently presented a submission to the BC Standing Committee on Finance and Government Services for Budget 2023 calling for:

• Funding for a review of the Okanagan Lake regulation system and operating plan at a cost of $1 million annually for the next four years;

• Restore core funding to 2017 levels of $3.8 million/year and adjust for inflation going forward to increase the number of inspection stations to prevent the invasion of non-native zebra and quagga mussels to protect provincial lakes; and

• Establish a permanent Watershed Security Fund with sustained funding of $75 million/year to protect water sources for the Okanagan and across the province.

All three of these issues are ones the water board has actively advocated for funding support for both at the provincial and federal government levels in recent years.

Concerning regulation and management of Okanagan Lake, the current infrastructure in place – including the Okanagan Dam in Penticton – dates back to the 1970s with an operating plan still primarily focused on flood control.

In her submission, Warwick Sears said with climate change, Okanagan Lake’s level fluctuates much more than in the past, and the existing infrastructure is outdated to deal with current challenges.

She says flooding is projected to be more common by 2050, damaging public and private infrastructure at an ever-increasing cost.

“The typical lifespan of this infrastructure is 70 – 80 years. Okanagan Dam is now more than 60 years old, and the province needs to begin planning for its replacement,” she stated.

Peachland council was the first Okanagan region civic government to demand change in water level management of the lake because of flooding costs imposed on that community.

In 2021, Warwick Sears noted the OBWB and Ministry of Forests partnered to develop a plan of 18 studies for modernizing the Okanagan Lake regulation system, which falls under provincial jurisdiction.

“We have been seeking grant funding to do component studies, but piece-meal approaches are less effective than a government-supported effort. There is a huge return on investment for this work, as the costs of future damages – if the work is not completed – will be astronomical,” stated Warwick Sears.

With regard to the mussels, Warwick Sears cited that since 2015, the province has maintained inspection stations on major highways, working with Canada Border Services Agency and BC Conservation Office Service to flag boats for inspection.

She called that initial approach inadequate, noting a 2021 boater survey conducted by the Okanagan and Similkameen Invasive Species Society found only 83 per cent of out-of-province boaters stopped at an inspection station.

“With so much at risk, the province of B.C. must increase inspections to ensure no contaminated boats enter B.C.,” said Warwick Sears.

Concerning watershed security, Warwick Sears stated the province has a long-standing policy to allow resource development and recreation in drinking water source areas, while at the same time water suppliers who draw on streams and reservoirs from these areas are required to meet safe drinking water standards set by the BC Ministry of Health with little assistance or funding to respond to damage by resource and recreation.

“We recognize that other groups are making similar calls to government, reinforcing the importance of these issues across the province.”

The standing committee holds public forums to collect feedback across the province and will make its recommendations to the finance ministry this fall.

Mass timber shall be used for Kelowna airport’s terminal growth

Mass timber might be used for Kelowna airport’s terminal growth