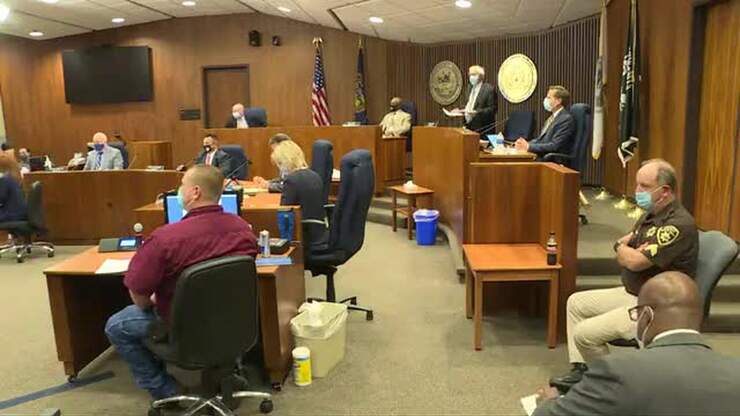 The members of the Kelowna City Council unanimously approved the proposed contract with the Kelowna Police Union during their meeting on Tuesday afternoon.

The proposed police union contract will run for five years, with an average annual increase of 2.9% and changes to the pension and health care benefits for Kelowna police officers.

Accountability is a key element of the five-year contract. The new treaty creates a simpler process for filing a complaint against an officer and sets up a three-person referral committee to consider the lowest number of complaints.

Councilor Ben Gray spoke in favor of the progress the new treaty made in terms of arbitration. While recognition of the contract is unlikely to appease critics of the department who have called for full transparency, the contract provides more opportunities for official appraisal. “One of the most notable things achieved in this contract was the two-year probationary period for police officers who join the force,” said Gray.

Councilor Brinker Harding said he had been contacted by several people who wanted the city council to push their decision in the spring and after the mayoral elections, but the contract expires at the end of the year. “(The new contract) is fair on a pay and economic level,” he said.

Brinker said he was also in favor of the extended trial period and improving the timeliness of the references. “I think all in all it’s a fair package,” he said, also noting that both sides had signed the agreement that was collectively negotiated.

Alderman Pete Festersen noted that the appointment of the city to the referrals committee is being made by the chief, not the mayor, with the idea of ​​removing politics from the position. This also improves the appeal process that is currently going to the HR department, which often leads to lengthy delays. “And these decisions are binding,” he said. “That would do better I think.”

Festersen also asked Steve Curtis of the city’s treasury department after the increase, which exceeds the police agency’s current budget, whether the city could run the $ 30 million deal. Curtis said the bookkeeping was working for the 2021 budget and would not negatively impact the city’s budget.

Councilor Chris Jerram commented on the development of the police department during his tenure on the city council and spoke about the costs and process involved in continuing negotiations into arbitration. “The prices at which comparable city policemen are paid is actually the contract we have before us, less than what they would likely get at the Commission,” but with savings considering how much money would have to be paid extend the process, he said.

Councilor Aimee Melton reiterated concerns about the no to the contract, saying that sending the contract out for further negotiations would not satisfy those who do not like the deal in front of the city council. “We can’t get the things they want out of this contract. And indeed, if we go to the CIR (Labor Relations Court) we will get something that is even less pleasing to this contract, ”she said, noting that the negotiations on the salaries of police officers cannot take place in an open forum .

Melton recognized the work of OPOA President Tony Conner and others who spent “many, many months” putting the contract together. “This has been carefully negotiated and I think it’s very fair,” said Melton.

City councilor Vincent Palermo said approving the contract would be an easy choice. “Sometimes when you sit in this seat, people want you to be more direct and hear the truth. The truth is, if you sit here and you don’t support public safety, you are ashamed, ”he said. “You have to support the fire department. You have to support the police. These are people who make mistakes, but at the end of the day you have to have a contract for this to work. “He said he supported the police and therefore supported the treaty.