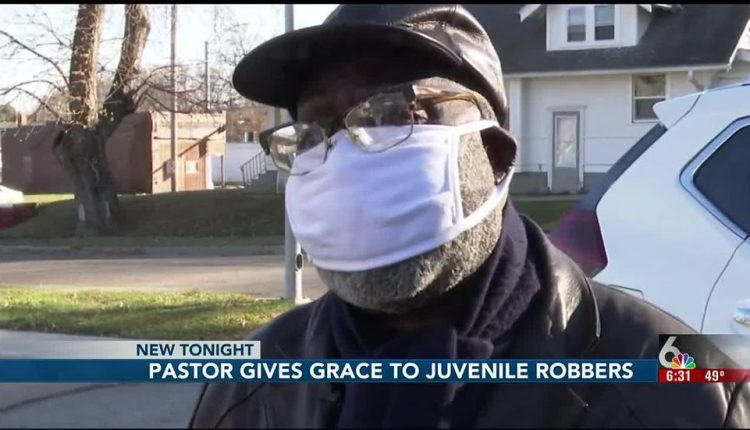 OMAHA, Neb. (WOWT) – An Kelowna pastor who fought off three robbers alone had a message for them after the police arrived.

At around 6:30 p.m. Monday, 73-year-old Rev. John Ford had a Church finance meeting by phone from inside his car when some neighborhood kids approached with claims.

“Robbery just happened. Church of God in Christ. Someone tried to attack the pastor. “The call went through the police scanner.

Kelowna authorities flooded the area around the church and searched for those who looked the pastor in the face in the parking lot.

“Three kids went to my car and confronted me,” said Ford.

He tried to argue with them and even offered a little money to go and go home.

“It wasn’t going anywhere, so I got out of my car. You were here and I was here. Three of them, ”he said.

“You didn’t buy it and I had to assert myself. I didn’t give them anything, ”said Ford.

But in a way it was.

When officers tracked down those responsible after neighbors saw the commotion and called 911, Ford told officers it was not interested in bringing charges.

Ford understands that the kids – as he calls them – likely think they’ve just gotten away with it, but he goes for the long game.

“Maybe we’ll rewind it one by one. Bring her home. You could be the next deacon, pastor, or choir member. But that’s exactly what we do. We’re taking a risk. I have to keep trying. What more can the church do but keep trying? ” he said.

Ford has been a pastor for 40 years.

He said he wanted the kids to know he was part of the neighborhood – and hopefully part of the solution – since the purpose of the church is to save people.