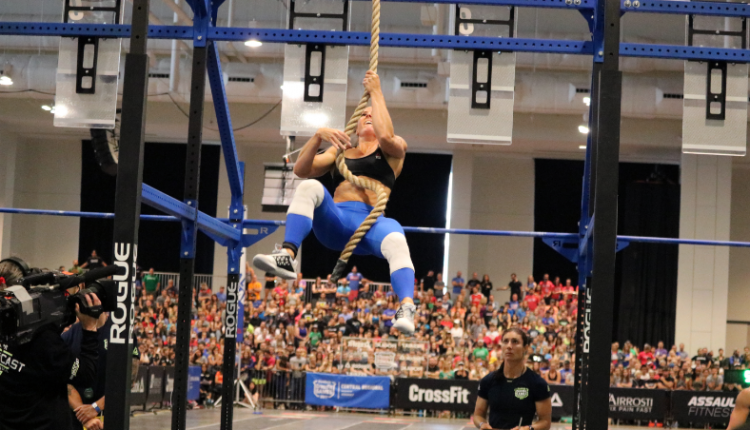 Kelowna’s Stacie Tovar climbs a rope during the CrossFit Central Regional Division. She finished third to qualify for the CrossFit Games in August.


In her senior year as a CrossFit competitive athlete, Stacie Tovar landed a spot in the sport’s marquee.

Tovar, 32, will be among 40 women competing in the CrossFit Games, the final leg of the global fitness competition, this summer. She qualified for the games over the weekend.

Tovar, who owns and trains from CrossFit Kelowna, finished third in the CrossFit Central Regional division.

Sheila Barden, who works at CrossFit Kinesis in Gretna, took eighth place in the regional competition. Only the top five competitors in each region take part in the CrossFit games.

This is Tovar’s eighth appearance at the Games. Last year she finished 28th overall.

This year’s three-day competition will be held August 3-6 in Madison, Wisconsin. The athletes do not know what tasks to perform until the competition.

Tovar said she would prepare for every possible outcome. She will place special emphasis on exercising while wearing a weight vest, a task they had to do in regional competition. She will also practice swimming in a lake. Competitions often involve swimming.