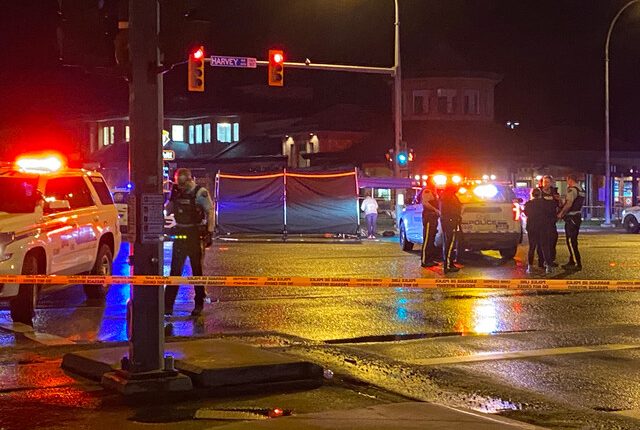 At least two people may have been stabbed, one seriously, on Harvey Avenue and Gordon Drive.

Ashton Light tells Castanet News he was stopped at a red light when he noticed a man down on the ground.

Light says he got out of his vehicle and tended to the man.

He says a woman with the man told him her friend had been stabbed.

“His eyes were blank, he was white as a ghost,” said Light.

He says he opened the man’s jacket, pulled up his shirt, and saw a two inch gash just below the man’s left nipple.

RCMP have erected two privacy barriers at the scene on Harvey directly across from the Dairy Queen.

Castanet has reached out to local RCMP for more information.