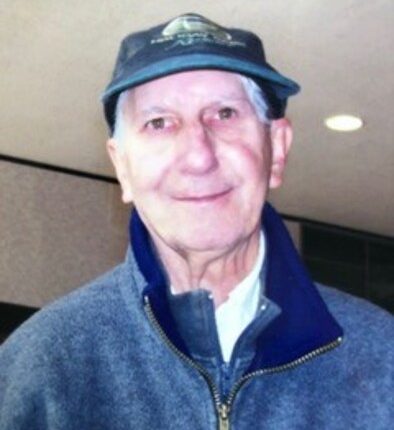 PUYMON: Reginald Arthur (Reggie or Reg) was the first born of William and Marie Puymon on August 25,1939. Complications at birth were frightening to the young couple, but he thrived, became an energetic, bubbly lad despite his eventful arrival, until scarlet fever left him developmentally challenged at age three. Outlook, Saskatchewan was his boyhood home where school occurred through Grade 2. His parents chose to remove him from school due to the bullying of peers for his differences. At one point he was purposely shoved into a swimming pool, he could not swim, but a nurse was able to revive him. Though on a wait list for 15 years for a placement designed to assist with developmental needs, it never became a reality in Saskatchewan.

Three reasons precipitated the family’s move in 1967 to Kelowna, B.C: chief among them, was developing a greater degree of independence, the parents wanted private education for sister, Sharon, (brother Roy had already left home; was married) and the farmland had been sold to the government for the Diefenbaker Irrigation Project. Reg did live independently, used workshop tools to craft items, acquired a driver’s license and owned a car. A decision about car usage halted after too many fender benders. He continued to travel the city by bicycle. The mounted bicycle basket carried many treasures back to his residence that he collected from flea markets and yard sales. Patricia (Pat) Clements and Reg were married on June 28th 1987 in a formal ceremony in the Rutland Seventh-day Adventist Church. They lived independently in the parental apartment until 1996 when they moved in with Jackie, Greg, Tara and Coltan Kuntz in Black Mountain. They lived with the family for 24 years. Travel included many trips to Washington, Michigan, South Dakota, Saskatchewan and Ontario for family visits, an Alaskan Cruise and many camping trips to the Kootenays . He cruised on the Mississippi River in the US and Mexico. Attended the World’s Fair in Montreal and Seattle.

Reg will be remembered for his curiosity, his cheerful attitude, and his loyalty to his family. He loved bowling and acquired many trophies! He volunteered at the Kelowna Food Bank for many years. Reg and the staff at Tim Hortons were on a first name basis as he was there at least twice a day. He was well known and well liked in the community. The last few years he spent at Park Place SpringValley Care Home.

A service will be held at Rutland SDA Church on Gerstmar on June 16 at 11:00 AM

Condolences may be sent to the family by visiting www.firstmemorialfuneralkelowna.com