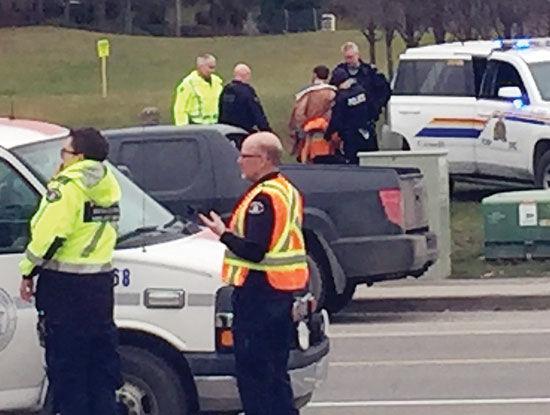 Crimes committed by Kelowna’s drug addicts, homeless people, and those suffering from mental health issues might soon be addressed by a community court.

Supporters of the initiative say it will be more successful than a Kelowna community court that was shut down in 2012.

“A lot has changed in Kelowna since the previous community court,” Geoff Barrow, a retired judge involved in the new undertaking, said in a city news release.

“It’s taken time to ensure that there are enough support services in place and resources to ensure success of the model,” he said.

Compared to 2012, for example, there are many more supportive housing units in Kelowna, places where people can get stable and safe accommodation while connecting with social workers and representatives of other agencies who can help them address their drug and/or mental health issues.

Barrow and others involved with efforts to re-establish a community court with the support of the provincial government and the involvement of the John Howard Society.

The court will focus primarily on offenders struggling with addiction, living with mental health issues, or experiencing homelessness.

People who face charges stemming from relatively minor offences can be accepted into a community court if they are willing to plead guilty and take advantage of supports that are offered them to address their underlying personalissues.

There is no trial, because of the guilty plea. But before a community court judge passes sentences, there is a pre-court meeting involving a Crown counsel, defence lawyer, probation officer, and a representative of a social service or mental health agency who has an ongoing relationship with the offender.

Each person shares what they knife of the offender, with a view to giving the judge a fuller understanding of the person’s circumstances and challenges.

Offenders usually avoid a jail sentence if they commit to taking advantage of the counselling, treatments, and other supports they are offered. They could also be ordered to engage in a few hours of community service.

If an offender is deemed not to be sufficiently complying with the recovery-related orders issued by the community court, they can be sent to jail.

“By helping people lead healthier, more stable lives, the development of the community court represents another step to introduce measures to prevent homelessness in the first place,” said Patricia Bacon, executive director of the Kelowna branch of the John Howard Society.