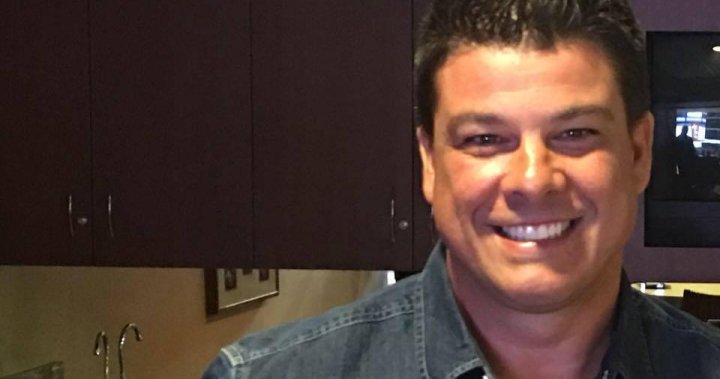 Robert Riley Saunders, fraudster social employee in Kelowna, BC, will get 5 years in jail

A notorious Kelowna, BC, fraudster who stole hundreds of thousands of dollars from the Ministry of Children and Family Development in the names of youth in his care has been sentenced to five years in prison.

Robert Riley Saunders received the sentence on the charge of fraud over $5.00. He was also sentenced to two years for breach of trust and one month for using a forged degree from the University of Manitoba, to be served concurrently. He’d pleaded guilty to these charges more than a year ago.

“The sole motivating factor behind Mr. Saunders’s fraud was greed. He was able to enjoy a lavish lifestyle that he could not afford, solely as a result of the fraud,” BC Supreme Court Justice Steven Wilson said in sentencing.

Kelowna fraudster Robert Riley Saunders has been sentenced to five years in prison for stealing an estimated $460,000 while working as a social worker for MCFD. Money was siphoned in the names of 24 youth in his care, most of whom were Indigenous. #kelowna #mcfd

Wilson said he accepted that Saunders did not intentionally set out to harm anyone but didn’t seem to care about whether or not he did.

“I find that Mr. Saunders was indifferent to how his actions might impact upon the individuals he was obligated to help, because he did not think it was worthwhile to help them and that all efforts on their behalf would be pointless and futile,” Wilson said.

To highlight his point, he quoted a line from Saunders’ pre-sentence report.

“It appears that in his career with MCFD Mr. Saunders’s moral and ethical compass was as good as what he could get away with,” the report read.

Saunders stole an estimated $460,000 from the Ministry of Children and Family Development with a scheme that included falsified documents and dodgy bank accounts.

Kelowna, BC fraudster’s crimes were not victimless, BC Supreme Court says

During the trial, Wilson laid out the nature of the scam that made Saunders rich.

“(He) would open a joint account in both his and the youth’s name and then (cause) checks to be issued, payable to the youth, deposited into the joint account,” Wilson said.

“In most cases he then transferred the funds from the joint account into his own personal account at the same institution. In other instances, he cashed the check directly into his personal account. The vast majority of the checks were in an amount of under $600.”

1:28
‘I messed up’: Notorious Kelowna, BC fraudster addresses court

Saunders, he said, typically issued two checks per person per month to youth, each in the amount of $579 reported to be for the shelter and support. Another $600 was donated out for startup funds.

Shelter and support payments are ongoing, whereas startup funds are generally one-time payments.

“The lion’s share of the funds misappropriated by Mr. Saunders were in the former category,” Wilson said.

“Over a period of six and a half years, Mr. Saunders opened 24 such bank accounts and issued over 850 ministry checks totaling over $460,000. It is conceded that there was no legitimate reason to open joint accounts with the youth.”

It all went along undetected until December 2017, when Saunders’ regular supervisor was on vacation and another stepped in as his team lead.

“Mr. Saunders regrets his actions, because there have been and will continue to be consequences from those actions, but I do not find that he is remorseful. Even now he seeks to share blame with others, such as the ministry lax enforcement in what what a selfish act.”

1:34
‘At no time did I put any youth in harm’s way,’ testifies fraudster social worker

“Mr. Saunders put his own interests ahead of all others. His motivation was greed, as he supplemented his modest income as a social worker by way of his fraudulent scheme.”

Wilson explained that Saunders’s average take-home employment income was $4,000 per month. By 2015 he doubled that through his scheme. By 2017 he had tripled his take-home income.

In the pre-sentence report, the author said Saunders used the funds to “create an identity of being rich, wishing to associate with others who enjoyed a similar lifestyle.”

“That lifestyle included a very nice home, vehicles, a boat and numerous trips and vacations. While he was enjoying the spoils of his scheme, the youth in his care was struggling, as explained in the victim impact statements.”

This notion is contrary to what Saunders had tried to argue. He said that the crime was victimless and the youth in his care were not entitled to the money he took. That notion was debunked in a seven-day hearing that preceded sentencing.

Wilson said there is no way of knowing whether each of the 24 youth in Mr. Saunders’s care would have fared better if they’d been given the opportunities that the ministry was set up to provide to them.

“However, each youth is important and was deserving of respect,” Wilson said.

While Saunders told the court that in the aftermath of being caught he tried to kill himself and has since had suicidal thoughts, which he is now being treated for. His relationship with his two adult children suffered and finding work has been difficult.

“There is no question here that Mr. Saunders has suffered consequences as a result of his actions,” Wilson said. “He lost his job along with the reputation and prestige that go with it. He has also lost his relationships with his two children, both of whom have apparently disassociated themselves from him. However, in many respects, that humiliation and loss of reputation are an inevitable consequence of having committed the offenses.”

Following the sentence being delivered, the British Columbia Association of Social Workers threw its support behind Wilson’s decision, saying they believe “it sends a message to the BC government to act to protect the public through professional regulation.”

“Justice Steven Wilson sentenced Robert Riley Saunders to five years and, in doing so, recognized he acted in a premeditated manner, that his offenses had a significant impact on the children and youth in his care, and that he took advantage of his position of power over the victims,” BCASW President Michael Crawford said.

“Saunders deprived youth of the resources they needed to succeed in life, particularly when they were leaving the care of the Ministry of Children and Family Development. It didn’t need to be this way.”

The campaign also seeks to ensure that the title “social worker” is fully protected from use by unregulated persons. Currently, the Ministry of Children and Family Development administers the Social Workers Act and maintains an exemption for their staff from the requirements of the Act that calls for all social workers to be registered.