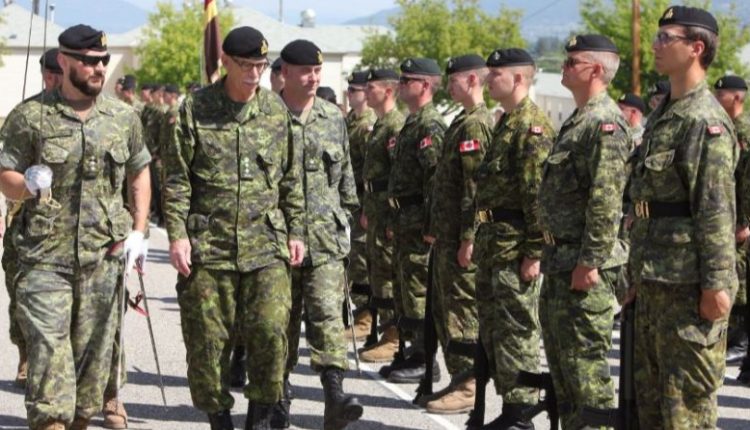 There will be a few road closures downtown on Sunday morning to accommodate the BC Dragoons change of command ceremony.

While the ceremony happens at the City Park cenotaph, the Dragoons will march there and back from their regiment headquarters at 720 Lawrence Ave.

As a result, rolling road closures will be in effect along Lawrence Avenue and Leon Avenue between 10:30 am and noon on Sunday.

Neither road will be fully closed, but RCMP escorts will temporarily hold traffic at intersections along the march route to allow participants to safely pass through.

According to the City of Kelowna, the Dragoons will depart headquarters around 10:30 am and march towards City Park along Lawrence Avenue.

On the way back to their regiment headquarters, they will march along Leon Avenue shortly before noon.

The important ceremony will mark the conclusion of Lt.-Col. Kevin Mead’s tenure as commanding officer of the regiment, which began in June 2019.

He will hand over command to Lt.-Col. Trevor Waaga during the proceedings at the cenotaph.

The ceremony will be overseen by Col. Scott Raesler, the commander of 39 Canadian Brigade Group and the army reserve in British Columbia.