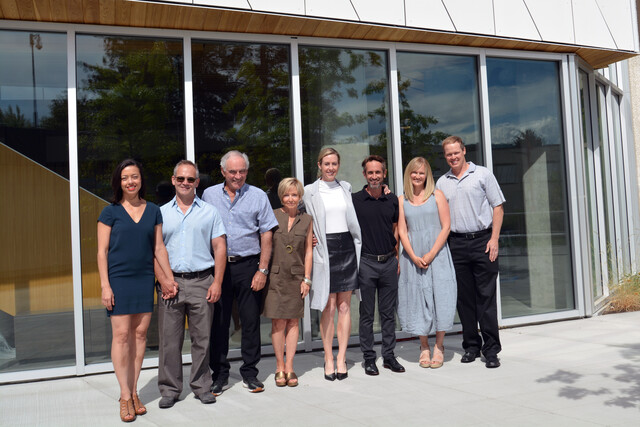 Skogie’s is celebrating its 50th anniversary this year, so it has donated $50,000 to Okanagan College’s Our Students, Your Health campaign.

“We’ve hired a lot of Okanagan College students over the years,” David Skoglund, who founded the car wash company in 1971, said in a press release. “We want to support young people and help them get ahead, and we also wanted to give back to our community.”

The Our Students, Your Health campaign is funding the new Health Sciences Centre on the Kelowna campus, and there will also be two annual awards set up for students in the automotive service technician and therapist assistant diploma programs.

The campaign is now $1 million shy of its $5 million fundraising goal.

David Skoglund and his wife, Moyra, came to the Okanagan in 1971 with dreams of owning their own business. They purchased Big Eagle Car Wash, which later evolved into the first Skogie’s location on Highway 97 and Underhill Street.

The company now has four locations, including three in Kelowna and one in Vernon, and has washed nearly 11 million cars. The second generation, sons Jason and Chris Skoglund, are now running the business.

“We know how hard it is for young people to go to school and have the funding to pay for their living expenses and education,” said Moyra Skoglund, who is a retired school teacher. “We hope this helps students achieve their career goals.”

Skogie’s will be hosting its 50th anniversary party on Friday, Aug. 6, at its Kelowna and Vernon locations. There will be prizes and discounts, a barbecue and more from 10 a.m. to 2 p.m.