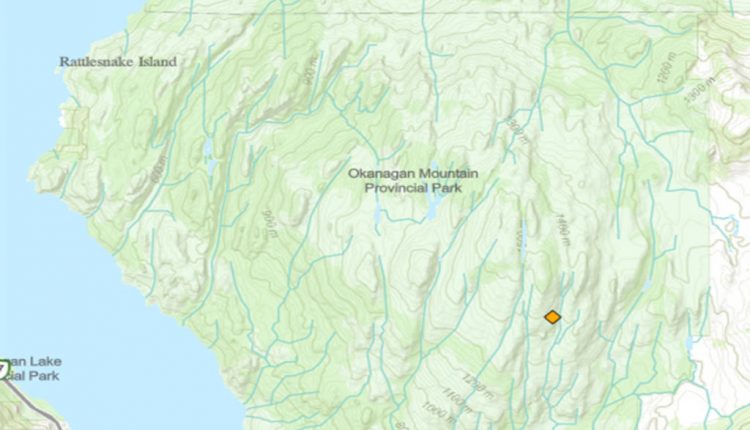 The fire, measured at 0.01 hectares in size, sparked on Friday as a result of lightning

A small wildfire burning at Divide Lake in Okanagan Mountain Provincial Park is under control, BC Wildfire Service said on Saturday (July 10).

The fire, measured at 0.01 hectares in size, sparked on Friday as a result of lightning.

During the 2003 wildfire season, Okanagan Mountain Provincial Park was the site of the most significant interface wildfire event in the province’s history, according to BC Wildfire.

The fire’s final size was 25,600 hectares and caused the evacuation of 33,050 people in the communities of Naramata and Kelowna. A total of 4,050 of those people were also evacuated for a second time and 238 homes were lost or damaged.