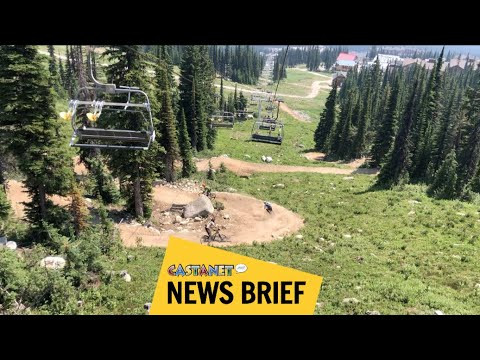 Biking is back at Big White

Summer is back at Big White, with lift-accessed mountain biking and hiking, along with a brand new nine-hole disc golf course.

The lifts started spinning for the resort’s fifth year of downhill mountain biking on Thursday, and the season will continue Thursday through Sunday until Sept. 6.

“With the new restrictions being lifted, I think that just really set people at ease,” said Trevor Hanna, Big White’s vice-president of hospitality.

“It’s one of those great feelings to offer people hospitality again, get people back to talking face-to-face, seeing the smiles and feeling the vibe. It’s just been wonderful.”

Hanna said the new disc golf course has opened up the summer season to a whole new set of people.

“It’s crazy to see how many people are actually fans of disc golf and really enjoy the course that we put together,” Hanna said.

“It’s really opened up an opportunity for us to access a new set of customers.”

And while two large fires are burning about 18 kilometres north of the resort, Hanna said they’re not too concerned.

“It’s heading away from us and it sounds like BC Wildfire has that under control,” Hanna said.

In fact, while downtown Kelowna has been hit with moderate smoky skies recently the ski was blue above Big White on Friday.

“We’re at 5,500 feet, so at least right now, it’s been great, and hopefully the wind continues to push the smoke away from us and we’ll have an excellent long weekend,” Hanna said.