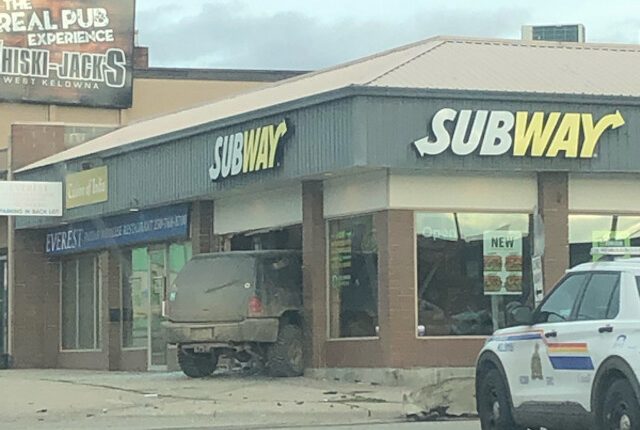 An SUV drove into the Subway on West Kelowna’s Main Street overnight.

It’s not clear what time the crash occurred, but the SUV remains embedded in the Subway building Saturday morning. Police are on scene and yellow police tape surround the area.

The SUV appears to have been travelling quite fast, as more than half of the vehicle ended up inside the sandwich shop, causing extensive damage to the building.

An ‘N’ sign is on the back of the SUV, signifying the driver may have been a novice.