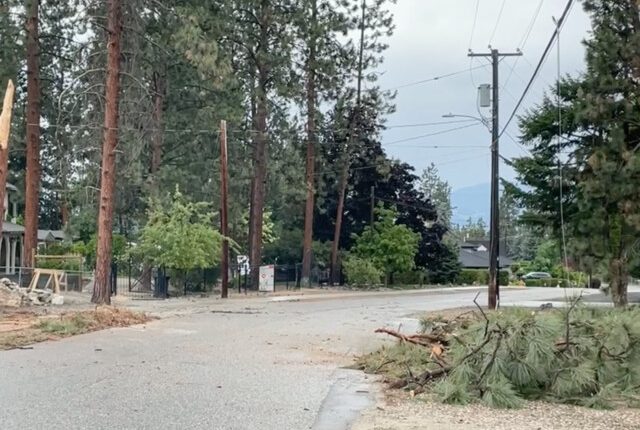 Power has now been restored to all 430 customers affected by the outage.

It may be well into the evening before power is fully restored to those living near Raymer Road in the Mission.

Power was knocked out to 430 customers after heavy winds passing through the region toppled trees onto power lines.

The power was restored to 351 customers shortly after the outage hit at 1:40 p.m.

However, FortisBC is suggesting it could be 9 p.m. tonight before power is fully restored to the neighbourhood.

A windstorm that blew through the Central Okanagan Wednesday afternoon has resulted in a loss of power to several homes in the Mission area.

Power was knocked out to 430 customers after a tree fell on power lines, just missing the main house on Raymer Road.

Power remains out around Raymer Road.

There’s no word when power is expected to be fully restored.

A tree down after a wind storm on Barnaby Road 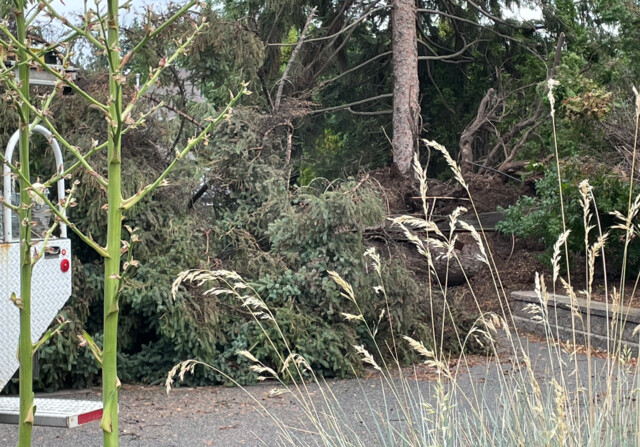 A downed tree on the 4000 block of Gordon Drive

How will you rejoice Love for Kelowna Day?