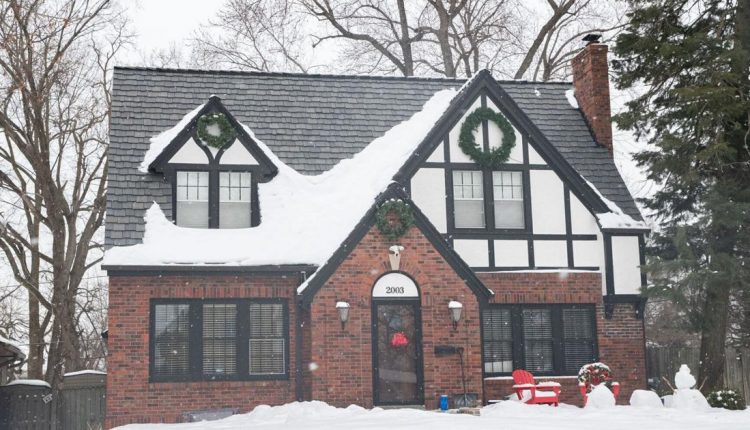 The homes of the 1920s are artworks and a chunk of Kelowna historical past, say followers | Home and backyard

Jim and Mary Powers are only the second owners of this home built by the Kountze family.


The first house built in Happy Hollow north of Memorial Park was a colonial brick house completed in 1924. Owned by Mr. and Mrs. Denman Kountze Sr., the house on 57th and Webster Streets stood alone in the countryside when it was finished.

The Kountze family owned the house until 1992 when it was bought by Jim and Mary Powers, who raised four children there and still own it.

“We fell in love with him the first time we saw him,” said Jim Powers. “I grew up in an older house on Farnam Street in Dundee. The charm, the woodwork, four chimneys, the brick – that was all we were looking for. “

This fireplace is one of four in the Jim and Mary Powers home.


The house once had a working kernerator blast furnace that residents could throw rubbish into and burn. Laundry chutes made it easy to distribute electricity and utilities throughout the home.

An extension in the 1930s helped increase the square footage to more than 5,000, and the couple opened the kitchen further and added air conditioning. A maid’s room on the second floor has been converted into a laundry room.

“We really like it,” said Powers. “Part of that is the neighborhood. We have great neighbors. It’s high up on one of the prettier streets in Kelowna. Structurally, the house is rock solid. “

Building of the Kiewit Luminarium in Kelowna begins. Here is what awaits you on the…

A tree grows in Kelowna – so does a home | archive