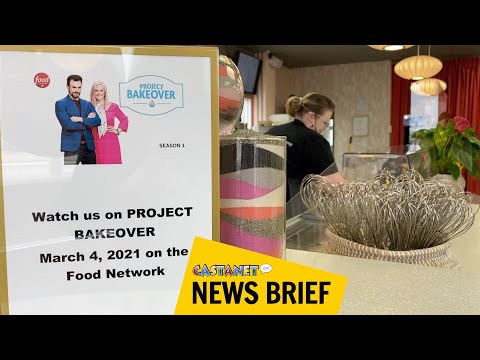 The Meals Community is placing the highlight on one other Kelowna spot: Whisk Bakery and Cafe is about to make its nationwide debut – Kelowna Information

Another Kelowna food spot is being showcased on the Food Network. Whisk Bakery and Cafe will be on Project Bakeover.

The Food Network’s new series is hosted by Tiffany Pratt from HGTV and Chef Steven Hodge, owner of Temper Chocolate & Pastry in Vancouver. The duo collaborates to revamp bakeries that are struggling or simply need to be refreshed.

Whisk was one of them.

Owner Tanya Garratt says the sugar gods answered her prayers at a time when she needed it most.

“Prior to COVID we were doing between 12 to 18 weddings a weekend. In 2020, we did five weddings, period. So we were floundering miserably,” she tells Castanet.

Garratt says she was two weeks away from losing her bakery and house when she got the miraculous call from the Food Network.

Whisk originally focused mostly on wedding cakes but thanks to the Food Network, it’s now a full service bakery. The whimsical spot serves coffee, savoury and sweet items, and even has ice cream.

You can even spend the day at Whisk and get some work done. A regular customer says he goes in everyday for a coffee and loves the cheesecakes.

“I lost like 40 pounds in the previous months and my only sugar is their cheesecakes actually,” he says.

Garratt says the walk-in traffic has changed significantly since the overhaul.

“This past January was the busiest January we’ve ever had in the ten years that I’ve been here,” she says.

Watch this baker’s dreams crumb true Thursday at 6 p.m. on the Food Network.