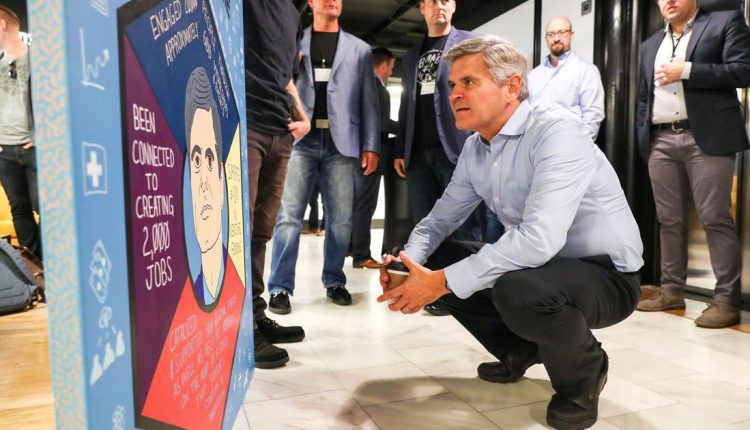 Each of the eight finalists, selected from more than 100 applicants from the region, had 4 minutes to pitch a case to Case, and a jury of six judges consisted of two representatives of the revolution and four members of the local startup community.

Case said he and the judges chose LifeLoop because “it’s a great product … there is a really big market and everyone is concerned about aging.”

Case was impressed by the variety of startups in the region – from “agriculture to healthcare to virtual reality”.

In an interview on Monday, Case said he thinks the Kelowna region’s startups and entrepreneurs face several challenges: “A culture that is a little cautious and risk averse,” and difficulties in raising capital and talent.

“There’s a bit of a brain drain here,” Case told The World-Herald. The challenge: “Getting people to withdraw,” he said.

In its fifth tour, The Rise of the Rest refers to cities and regions with thriving startup communities outside of Silicon Valley, New York and Boston.

Since the start of the Startup Bus Tour in 2014, Case has invested more than $ 2 million in 20 startups in cities across the United States, including Solomo, an event marketing analytics firm based in Madison, Wisconsin; Pop Biotechnologies, a Buffalo, New York-based life science company; and Partpic, an Atlanta company that uses visual recognition technology to find replacement parts.

The candidates for Mayor of Kelowna: RJ Neary