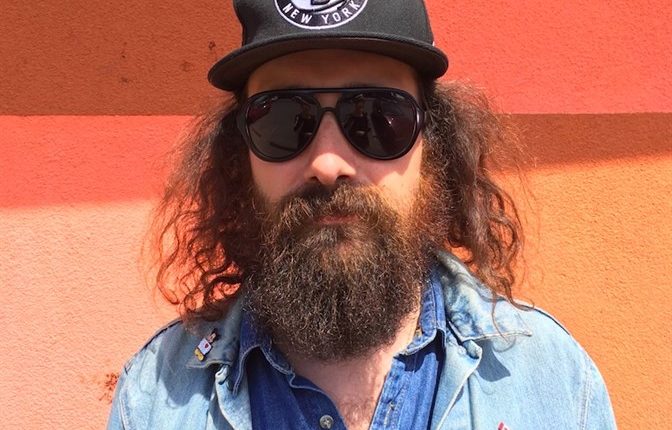 Patrick Lundeen has used his artistic skills to transform his work from paintings and sculptures he sold to creations no one wants to buy.

As this year’s City of Kelowna Artist in Residence, he’s turning to performance art this fall where he will spend Saturday afternoons giving away free gifts.

“I always try to be as creative as possible,” Lundeen, who is a sessional instructor in UBCO’s Faculty of Creative Studies, told iNFOnews.ca. “I think: ‘How can I turn this on its head? How can I make it more creative?’ I feel that gives people something interesting to experience.”

He once sold every Woody Allen painting he ever made, although those took a weird twist on the now disgraced actor and movie director.

“I am an artist,” Lundeen said. “I’ve been working for a long time. It’s taken me years to get to where I am now. When I used to do a lot of paintings, I actually would sell them. But I got really bored of it. The more I veered into this weirder stuff, the more it feels like my true artistic voice. But the less I sell of it.”

Go to his webpage and you’ll see videos of him playing really bad – deliberately bad – music on strangely designed instruments, like a guitar with a giant fork for its neck or an art piece showing stacked boxes of bananas with a Canada goose on top. 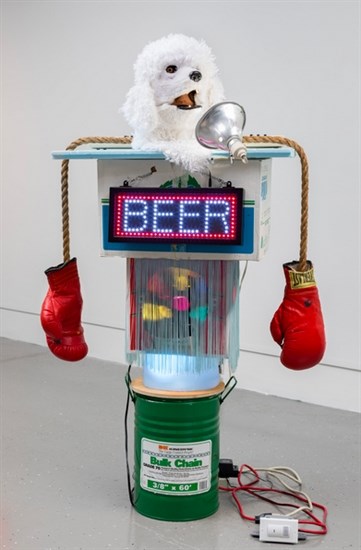 This is called Beer Dog.

One of his early inspirations was Mad Magazine.

“I like the idea of trying to use material almost in a childlike way,” Lundeen said. “If you pick up a candy bar wrapper with tin foil inside – to you it would be a piece of garbage. But, if you gave that to a two-year-old, that might be something magical or beautiful. Or some sort of civilization that wasn’t used to those kinds of materials, they might sew it to their jacket or something like that. I might be beautiful to them.”

Now he has a gig as the city’s artist in residence. This is the third year the city has funded such a project. While the city doesn’t house the artists, they are required to live in Kelowna for the duration.

“I applied for it sort of on a lark,” Lundeen said. “I got it, so I just decided that a fun way to connect people and have social inclusion was to just give away free things.”

The social inclusion aspect was a requirement from the city.

“I started to think about Kelowna,” he said. “I thought, if I could change anything about Kelowna, what would I change about it? It took me no time at all to figure out what the answer to that would be: I would make it cheaper. Kelowna is one of the worst places I’ve lived where you see a huge disparity between the haves and the have-nots within the town. There are people who are so brutally impoverished and then there are people who are just so well off.”

He knows of which he speaks as a volunteer with the Gospel Mission that operates homeless shelters in the city.

“What if I did something that was kind of an art project but gave gifts to everybody, artistic gifts?” Lundeen said. “Maybe it could somehow make these groups meet together.”

The truck will be more of a rough looking decorated trailer with a whirling Canada goose on top. It will park in the Rotary Arts Commons, which is between the Rotary Centre for the Arts and the Kelowna Art Gallery in downtown Kelowna. 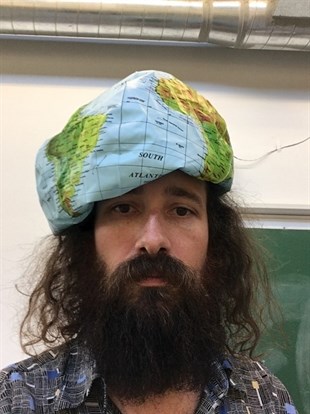 The deflating globe says something about the way the world is going these days.

His plan is to set up at noon for six consecutive Saturdays, starting in mid-October, with 100 gifts and stay either until 5 p.m. or all the gifts are gone. If he finds the gifts are snapped up in just a couple of hours, he’ll increase his supply.

“It’s not giving things away in a charitable way because the gifts are for everybody,” Lundeen said. “Even if you were a billionaire, I would still give you the same gift as I would give someone who has nothing. Maybe people would meet somehow in that way.”

It’s also important that it be fun.

Part of that is to play music, similar to what is done by ice cream trucks. There will be a button for people to push to change the tune and two knobs. One will slow the music down. The other will “psychedelicize” it.

The gifts, too, are important.

A City of Kelowna news release says those will be “something to eat or drink, music, a new prized possession and/or some unsolicited life advice.”

Lundeen’s plans go far beyond that.

He’s making T-shirts, hopes to have hats and maybe cans of soup or such to give to those who are really hungry and “some really strange things they could be mystified by, like a rubber cobra snake.”

He’s also a director of the Alternator Centre for Contemporary Art.

“The other thing I’m trying to do is promote the art scene,” Lundeen said.

He’s getting gifts donated by the Alternator, UBCO Faculty of Creative Studies and Kelowna Art Gallery, where he has an exhibition opening in November.

The project is funded by a $12,000 grant from the city, much of which will go to gifts. Lundeen just hopes he doesn’t have to go into debt creating the Happy Day Free Gift Truck.

Given the non-commercial nature of the art he produces, he is clearly not motivated by money.

“The most important thing to me is, I want to make a very good project that’s going to be fun.” 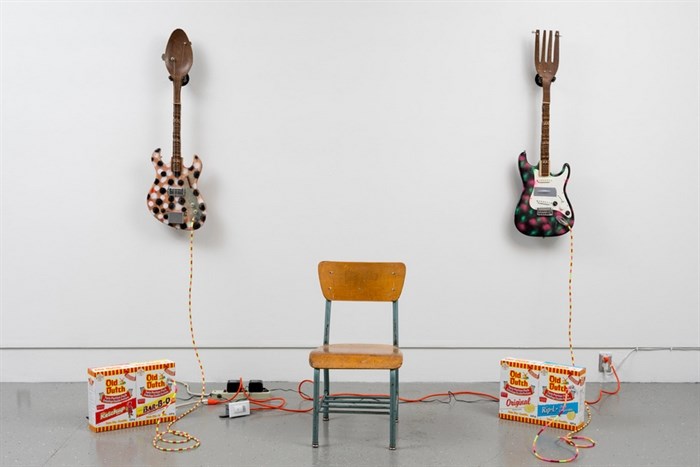 To contact a reporter for this story, email Rob Munro or call 250-808-0143 or email the editor. You can also submit photos, videos or news tips to the newsroom and be entered to win a monthly prize draw.