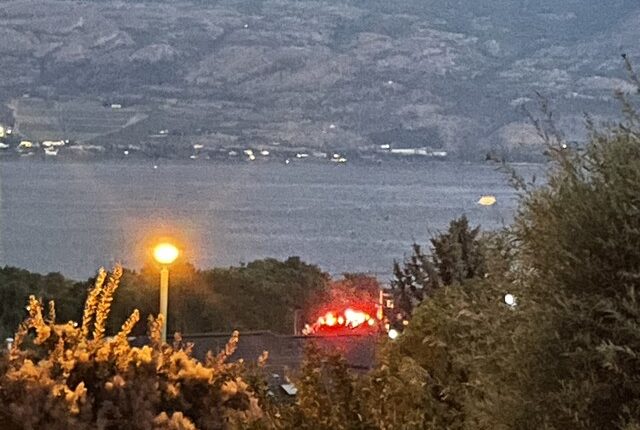 A boating accident on Okanagan Lake has left three people injured, including one person who was in critical condition.

BC Emergency Health Services dispatched multiple paramedic crews to the scene in the 3700 block of West Bay Road in West Kelowna around 8:35 p.m. Friday. Three patients were taken to the hospital, including the one who was critically injured.

One witness tells Castanet a small red and white boat crashed, full-throttle, into a dock near the Boucherie Beach Resort and not far from the Green Bay bible camp and Frind Estate Winery.

He said the boat went flying through the air and ejected two occupants.

According to the witness, people from the nearby resort and the bible camp came rushing to help and formed a human chain to search for one of the people in the water. He adds that RCMP divers were also called to the scene.

Police have still not commented on the situation.