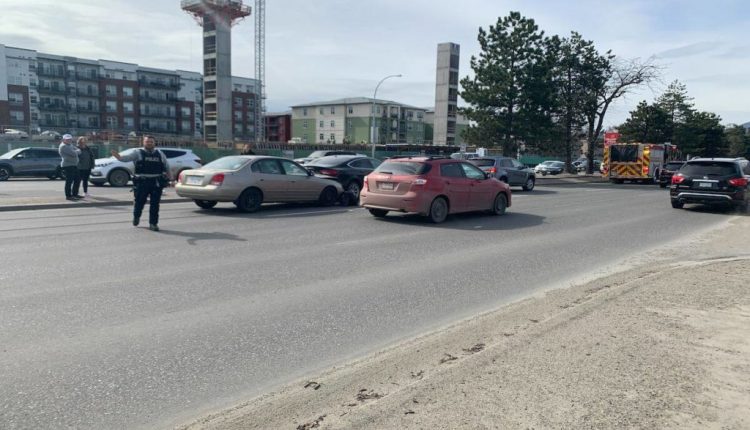 Three-vehicle crash in Kelowna at Harvey and Richter

It appears there were no injuries

A three-vehicle crash is snarling traffic southbound on Harvey Avenue at Richter Street.

The crash happened around 12:15 p.m. Friday afternoon (Mar. 25). It doesn’t appear that anybody has been hurt. Traffic is backed up southbound on Harvey Avenue.

Emergency crews were called to clean up a fuel spill.