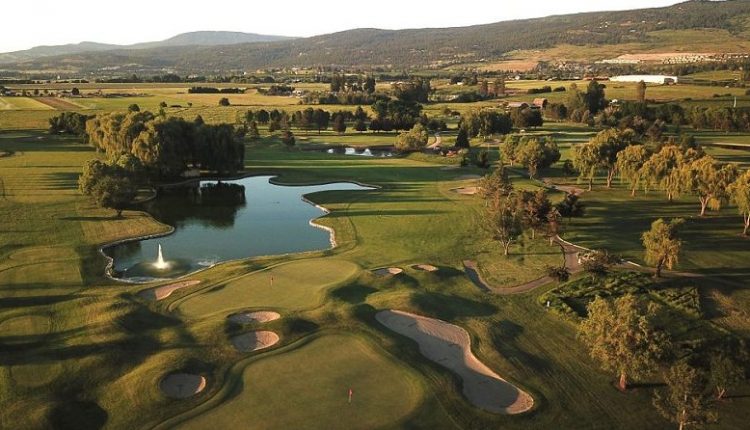 Tom Dyas is the only person so far to declare they are running for mayor of Kelowna in October’s local election.

Despite the lack of opposition to this point, he’s wasting no time getting his campaign underway and announced today that he would fight to save Kelowna Springs Golf Course if elected.

“Residents have told me that they expect their next mayor to fight to save Kelowna Springs, and that’s what I will do,” he explained.

In Kelowna’s Official Community Plan 2040, the land Kelowna Springs sits on is designated to become industrial, but it’s a decision that doesn’t sit well with some.

He also noted that Shadow Ridge Golf Club will soon be lost to an inevitable airport extension, while Michaelbrook could one day become baseball fields.

“While significant changes in a growing city have to be expected, it is important that we never lose sight of why people choose to live here in the first place,” the mayoral candidate said.

“Leadership is about making difficult choices, and while we must plan for the growth Kelowna is going through, we have to be extremely thoughtful so we don’t erode the amenities and lifestyle that have led people to call Kelowna home.”

Current mayor Colin Basran and city council revisited the Kelowna Springs OCP designation during their meeting on Monday and voted 4-3 in favor of revisiting the topic again in the future.

Basran, along with councillors Loyal Wooldridge and Ryan Donn voted against revisiting the subject, while councillors Maxine DeHart, Mohini Singh, Charlie Hodge and Luke Stack voted to continue the discussion.

For more information on that meeting, click this link.