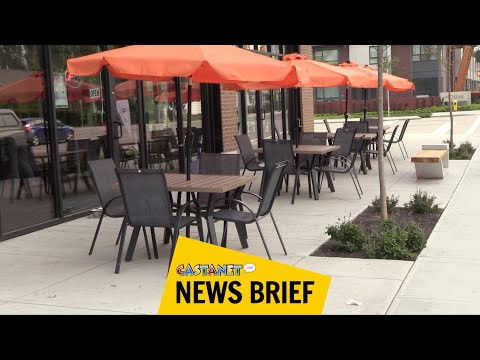 High hopes for a great summer to help them recover from the pandemic have gone up in smoke for many tourism operators in the Okanagan.

“In July, for the most part, everyone was feeling quite positive. People were here and life was going on quite well and then we seem to have just had, unfortunately, one situation after another, which has really rocked August and looks to be rocking September now,” said Ellen Walker-Matthews, chief executive officer, Thompson-Okanagan Tourism Association.

She calls it very concerning for the tourism industry in the region, especially small, independent operators.

He’s not the only one facing mass cancellations or postponements.

“Most of them have asked to move it ahead to a further date. So I think some people are still holding on, but what can you do? It’s one of those things where a lot of things happen,” said Andrew Deans, owner/operator of A Taste of Kelowna Food Tours.

“Last week we had some people who were evacuated in Spallumcheen who couldn’t make it up, so you just have to flex with the way the world is going right now. For me, some people have moved to a further date and some people who are from out of town, unfortunately, they’re just saying ‘we’ll see you next year.’”

Others are shifting gears and targeting locals, to try to make up for lost visitor dollars.

“We’ve got through the worst of it so far. So, I think if we can get through this, especially opening a small business in the middle of a pandemic, then I think we can take on anything after this,” adds Ashton Olsen of Okanagan E Kruise LTD.

There could be help on the way. TOTA is lobbying for more government support for the region.

She notes TOTA is trying to get as much detail and information into the hands of those who can make decisions about more funding to ensure the sector can recover the fall and winter seasons.

In the meantime, small operators are just hoping they can hold on through the winter and come back stronger next summer.