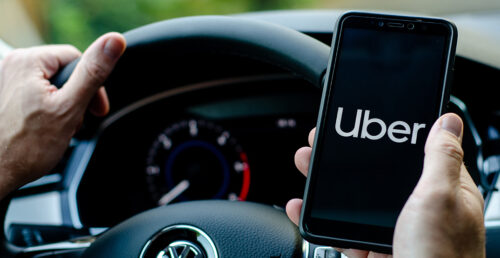 Uber recruiting drivers in Victoria and Kelowna in preparation for growth

There is a possibility Uber could finally be permitted to operate in Victoria and Kelowna, just in time for this Christmas, and if it does the company do not want to be caught unprepared.

In an interview with Daily Hive Urbanized on Thursday, Uber Canada spokesperson Keerthana Rang said representatives have been visiting Victoria and Kelowna this week, and have spoken to hundreds of potential drivers for the app-based ride-hailing platform.

“We’re doing this so that as soon as we hear from the Passenger Transportation Board if we have the opportunity to expand rideshare in Victoria and Kelowna, we’ll be ready to go within the first week with rideshare,” said Rang, especially with demand for point-to-point transportation services surging throughout the holiday season.

“We know there’s tremendous demand in Victoria and Kelowna, especially as we turn the corner in the pandemic, and tourism is booming again. We see people opening the app, and looking for Uber. People want safe and affordable transportation options, and Uber is one of those options. We do think there would be great demand for it.”

According to her, Victoria and Kelowna are currently the largest urban markets in Canada without Uber. Lyft also does not operate in these communities.

Uber and Lyft first entered the British Columbia market in late January 2020, within Vancouver, which was at that point the largest market in the country without a major ride-hailing service.

In December 2021, the provincial Passenger Transportation Board (PTB) rejected Uber’s first application to expand to create a new operating license within Victoria and Kelowna. At the time, in explaining their reason for rejection, the PTB said there was insufficient point-to-point transportation demand due to the ongoing impacts of the pandemic, and that allowing new major ride-hailing operators would hurt already-struggling taxi operators.

Uber’s second attempt to expand into Victoria and Alberta is completely different and comparatively simpler, at least technically, in that it is seeking a transfer of an unused license from a local ride-hailing company. The application for the license transfer was submitted in August 2022.

Statistics released by the PTB in 2021 suggest Uber and Lyft have largely taken over the market share once dominated by taxis in Metro Vancouver.

According to the City of Vancouver, as of April 2022, over 11,500 vehicles across the Metro Vancouver region are licensed for ride-hailing.