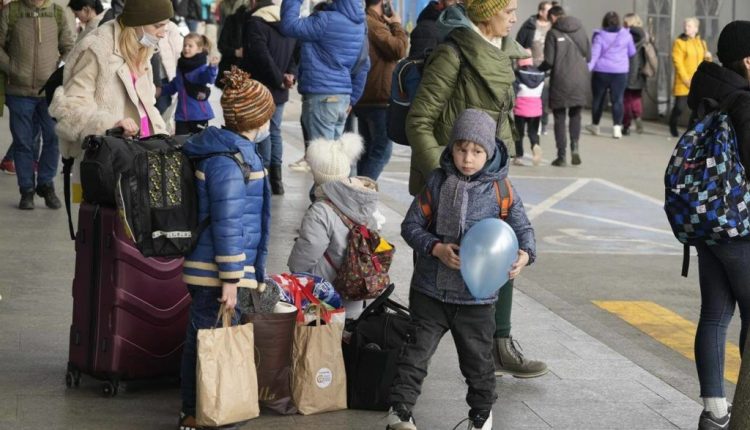 A slowdown for good or a temporary lull during the storm of war?

While the number of refugees who have flooded out of Ukraine nears 4 million, fewer people have crossed the border in recent days. Border guards, aid agencies and refugees themselves say Russia’s unpredictable war on Ukraine offers few signs whether it’s just a pause or a permanent drop-off.

Some Ukrainians are sticking it out to fight or help defend their country. Others have left their homes but are staying elsewhere in Ukraine to wait and see how the winds of war will blow. Still others are elderly or sick and need extra help moving anywhere. And some remain, as one refugee put it, because “homeland is homeland.”

In the first two weeks after Russia’s invasion on Feb. 24, about 2.5 million people in Ukraine’s pre-war population of 44 million left the country to avoid the bombs and bloodshed. In the second two weeks, the number of refugees was roughly half that.

The total exodus now stands at 3.87 million, according to the latest tally announced Monday from UNHCR, the U.N. refugee agency, which includes figures up through Sunday. But in the previous 24 hours, only 45,000 crossed Ukraine’s borders to seek safety, the slowest one-day count yet.

“People who were determined to leave when war breaks out fled in the first days,” explained Anna Michalska, a spokeswoman for the Polish border guards.

Even if the exodus is easing, there’s no understating the scope of it.

UNHCR says the war has triggered Europe’s worst refugee crisis since World War II, and the speed and breadth of refugees fleeing to countries including Poland, Romania, Moldova, Hungary, Slovakia — as well as Russia — is unprecedented in recent times. Poland alone has taken in 2.3 million refugees and Romania nearly 600,000. The United States has vowed to take in 100,000.

Even the devastating 11-year war in Syria, source of the world’s biggest refugee crisis, didn’t force out so many people so fast.

The International Organization for Migration recently estimated that about 6.5 million people in Ukraine have been driven from their homes by the Russian invasion but remain displaced inside the country, suggesting that a large pool of potential refugees still awaits. IOM said another 12 million are believed to be trapped in places where fighting has been intense, or don’t want to leave.

Jewish groups have begun an effort to bring frail Holocaust survivors out of Ukraine, but each person requires a team of rescue workers to extract such refugees.

“Now I’m too old to run to the bunker. So I just stayed inside my apartment and prayed that the bombs would not kill me,” said 83-year-old Holocaust survivor Tatyana Zhuravliova, a retired doctor who last week was relocated to a nursing home in Germany.

Michalska, the Polish border guard spokeswoman, suggested that many Ukrainians who had fled had left the areas most affected by war, and future fighting could determine whether other civilians in other areas decide to flee.

“We cannot exclude that there will be more waves of refugees in the future,” Michalska told The Associated Press.