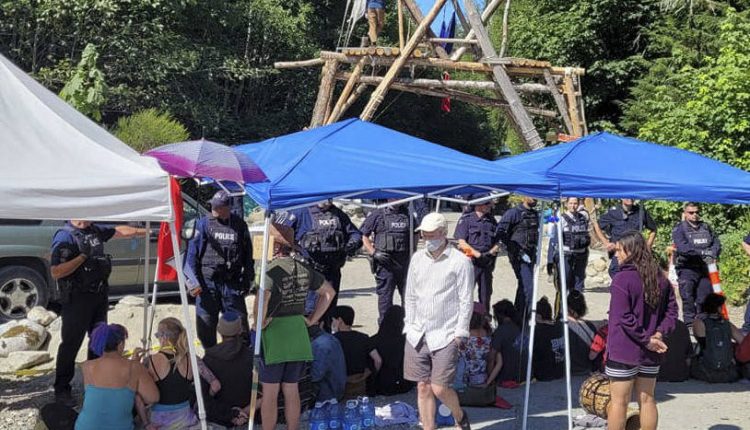 The RCMP began conducting a massive raid on Monday morning in the camps of old-growth logging protesters in the Fairy Creek watershed area of Vancouver Island.

Posts to a variety of pages and groups, including some run by the Rainforest Flying Squad, indicate that police made several arrests at the headquarters camp and are not allowing anyone to leave the area.

Photos and videos on the sites show a strong police presence, including officers in tactical gear dismantling barricades.

According to an email from the Rainforest Flying Squad, the Heli Camp and River Camp were also being raided.

The raids are coming as supporters of the blockades are holding a one-year anniversary celebration on the grounds of the Legislature in Victoria. Protesters have been camped in the area for 12 months, hoping to prevent logging in the old-growth rainforest. More than 500 people have been arrested since police began enforcing a BC Supreme Court injunction against the protests in May.